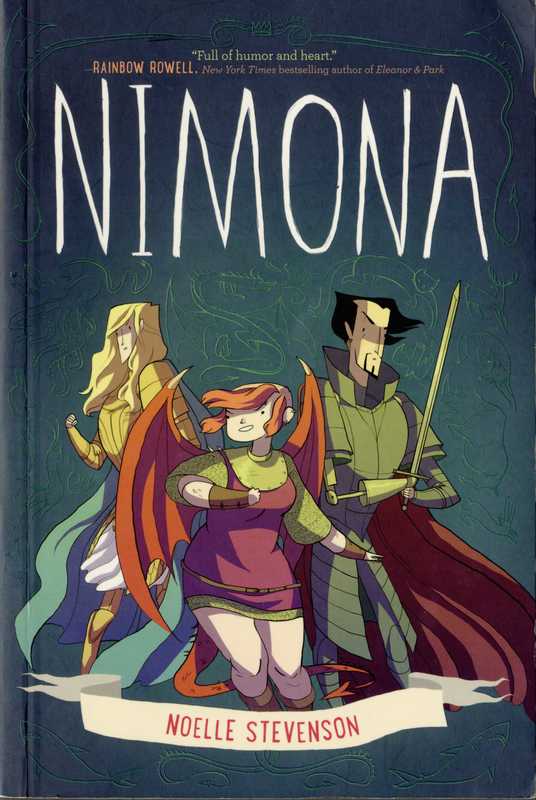 Written and illustrated by Noelle Stevenson

The unpredictable and enthusiastic shapeshifter Nimona teams up with supervillain Lord Ballister Blackheart to bring destruction to a nearby kingdom. But when Nimona learns that Blackheart is not really the bad guy, the duo work together to take down the institution that altered his reputation. Nimona originated as a webcomic; it began in 2012 and was updated periodically with new pages. In 2015, it was published by HarperCollins, and became Stevenson's first full-length graphic novel.

Stevenson is an LGBTQ+ artist and writer. She is known for her work on the Lumberjanes comic series and as the director of Netflix's "She-Ra and the Princesses of Power." 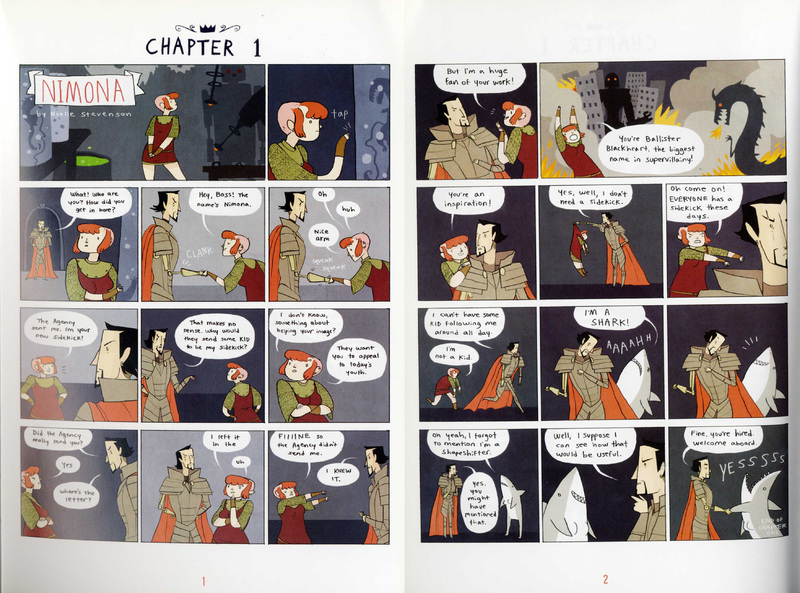