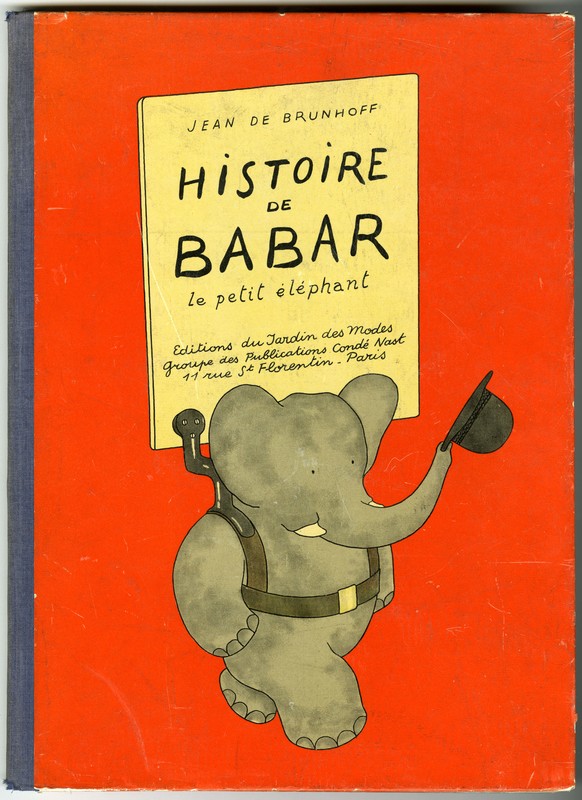 A painter by training, de Brunhoff entered the children's-book world almost by chance, after his wife, Cécile, improvised a bedtime story for their two sons. The boys insisted their father illustrate the tale, which was set partly in their home city of Paris. When the artist's brother and brother-in-law, publishers of the deluxe fashion magazine Le Jardin des Modes, had a look at the resulting homemade album, they insisted on publishing it for the trade. The bittersweet tale of an orphaned elephant's new life appeared in a suitably elephantine trim, with the text handwritten in de Brunhoff's own charming cursive script. An immediate commercial success, the book was soon recognized, in France and beyond, as a model of graphically bold and playful picture-book design. 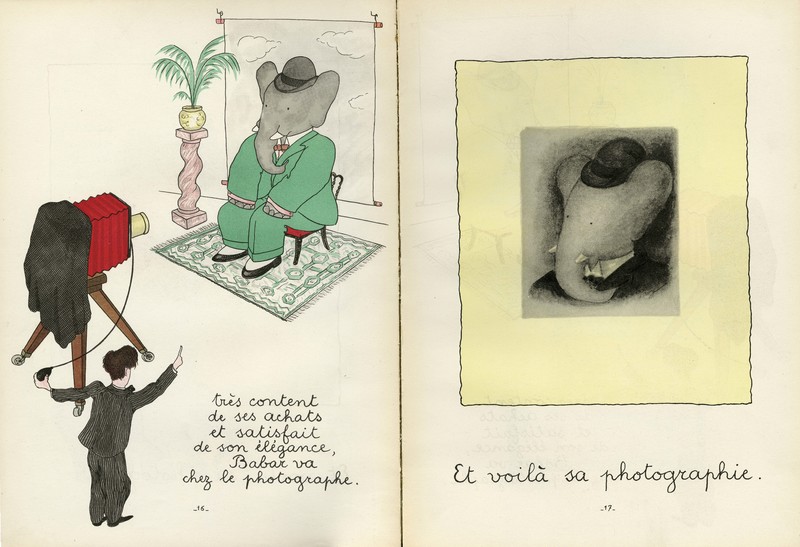