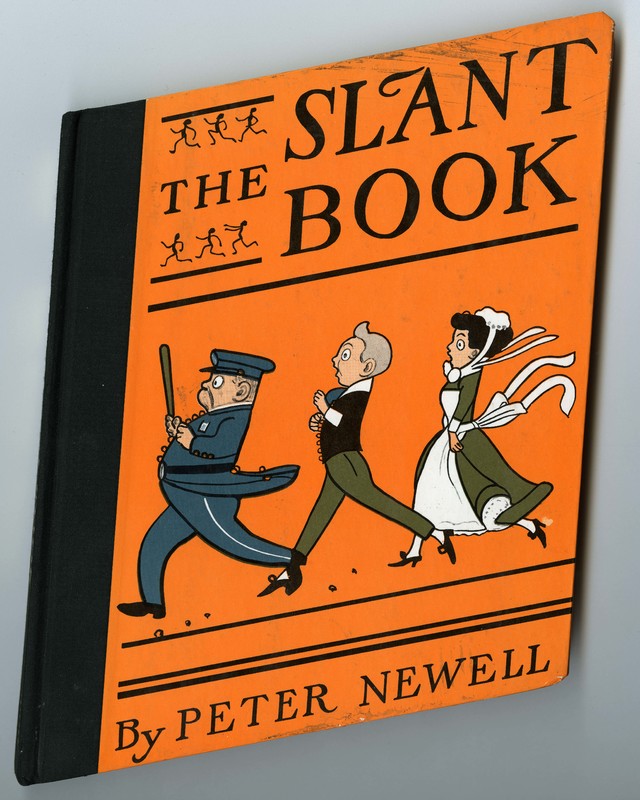 Turn-of-the-century illustrator Peter Newell had no use for the bohemian life. A proud family man, he once noted, "Some of my best work has been done while I had a baby on my lap." An amateur magician who enjoyed surprising his young audiences, Newell invented some of the most offbeat picture-book formats as well. Holes punched through the pages of his first books traced the paths of a stray bullet and of a rocket prankishly launched in a basement. He chose The Slant Book's trapezoidal trim to mirror the angle of a runaway baby carriage's madcap downhill descent. 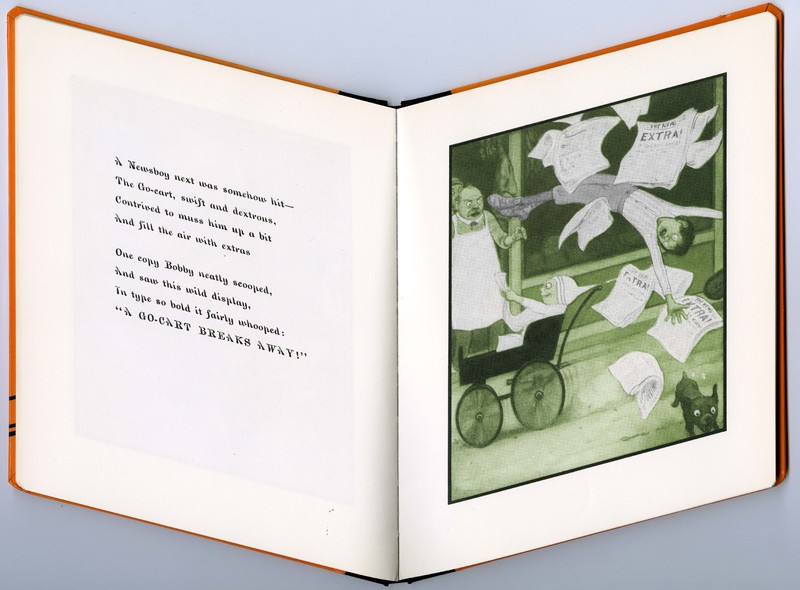 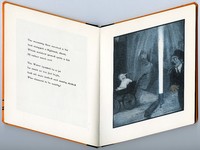 ← The Doll's House
Histoire de Babar, le Petit Elephant →
Art of the Picture Book
The Size and Shape of Things
The Slant Book