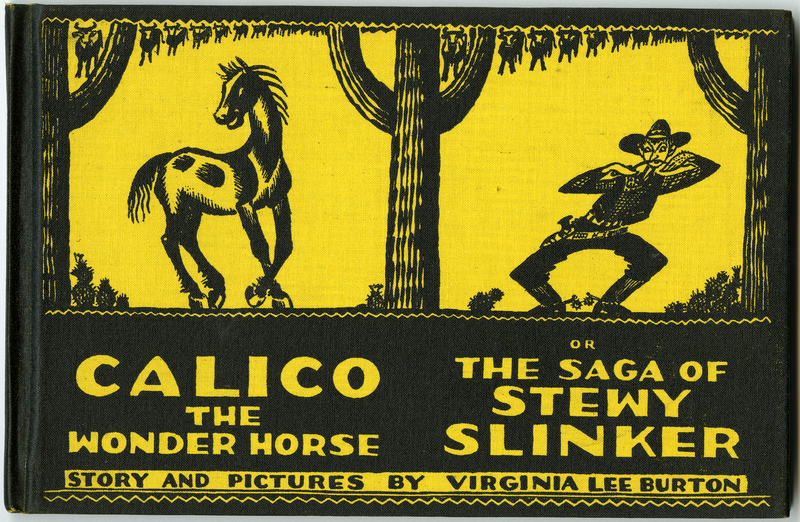 Calico the Wonder Horse, or, The Saga of Stewy Slinker

Appearing together with Curious George on Houghton Mifflin's fall 1941 list was this forthright attempt at a high-quality alternative to the comics. Virginia Lee Burton, much admired by librarians for Mike Mulligan and His Steam Shovel, had spent a year of intensive experimentation before creating this "symphony in comics [set] way out West in Cactus County." By then, the comic-book craze had invaded Burton's own home, prompting the artist to consider why such "lurid tales" so enthralled children like her nine-year-old. Burton's findings had all but made a convert of her: "These books...satisfy a natural craving for excitement...action...drama," she had found. They offered a "hero to worship and an escape to thrilling adventure that is wanted by any normal child." 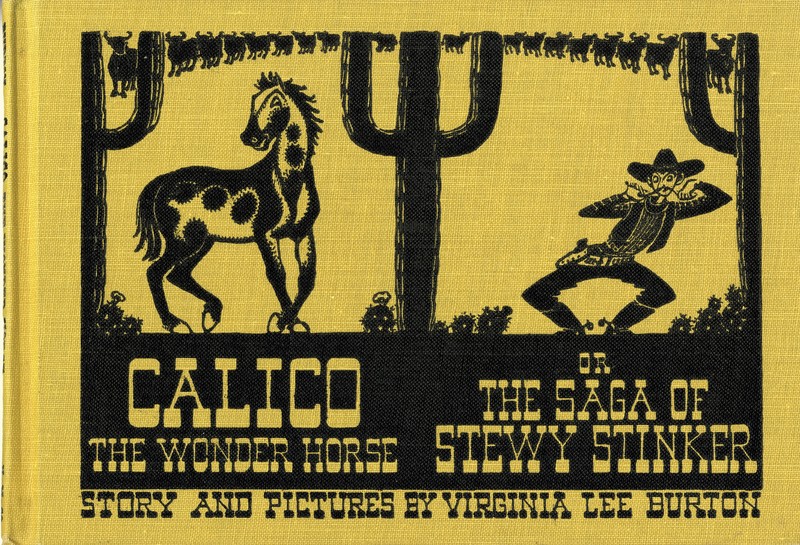 Calico the Wonder Horse, or, The Saga of Stewy Stinker