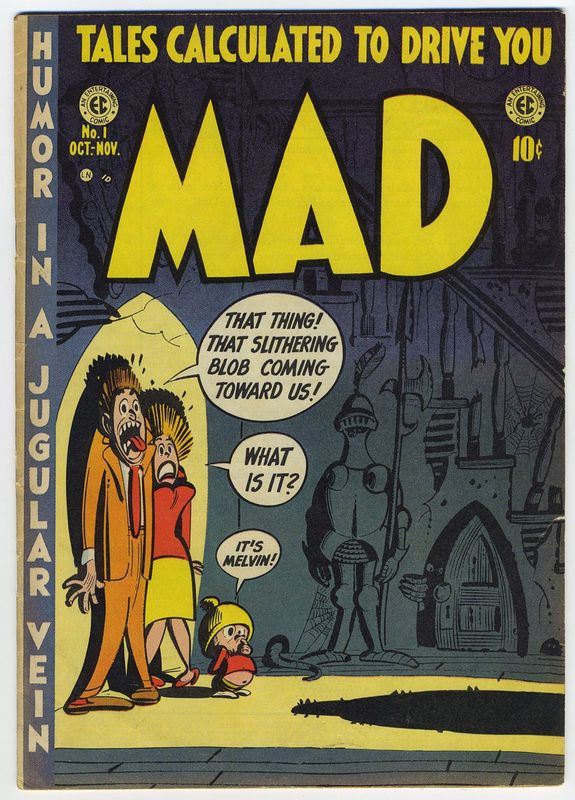 In 2010, veteran MAD contributor Al Jaffee told a reporter, "MAD was designed to corrupt the minds of children. And from what I'm gathering from the minds of people all over, we succeeded." Originally published in comic-book format by EC Comics, the company whose blood-and-guts Tales from the Crypt became a lightning rod for critics like Fredric Wertham, MAD later reformatted itself as a magazine, thereby escaping the Comics Code Authority's scrutiny.

From the start, MAD lampooned countless aspects of American life, from television sitcoms and advertising jingles to psychoanalysis and presidential politics. 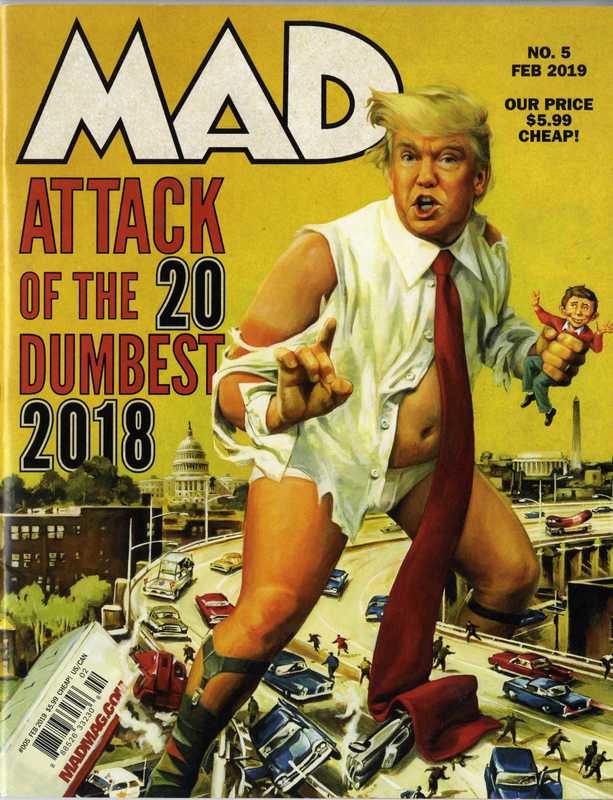 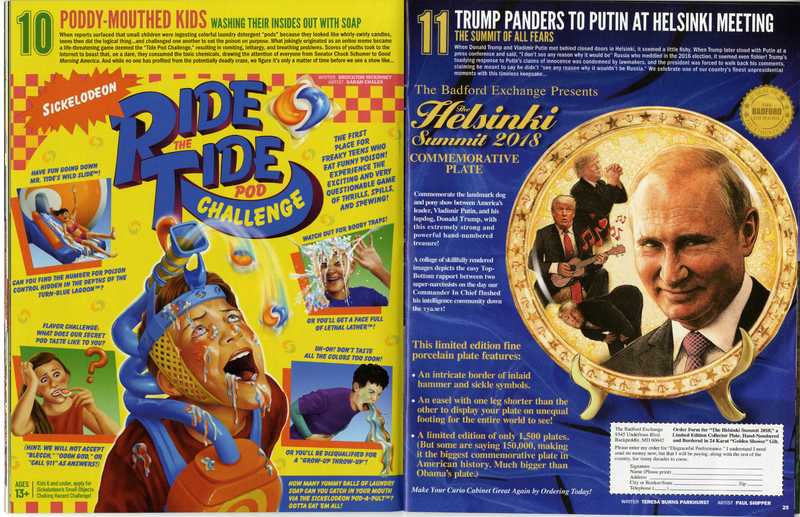 Interior of Mad from February 2019

← Curious George
Seduction of the Innocent →
How Children Get Their Books
Forbidden Books
MAD 1, no. 1