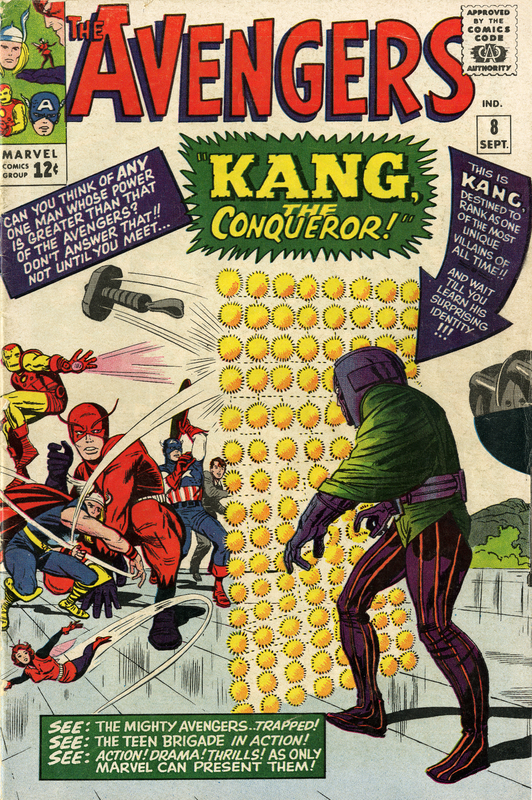 Introduced in September 1963 by Stan Lee and Jack Kirby, the Avengers represented Marvel Comics' full-court-press response to DC Comics' ground-shaking Justice League, a series that had debuted three years earlier. Both rivals headlined multiple superheroes from their respective publishers' quivers of licensed characters. Early on, the Avengers further distinguished itself by coming up with a memorable call to arms—"Avengers Assemble!"—and by promising its readers glorious confrontations with "the foes that no single superhero can withstand." 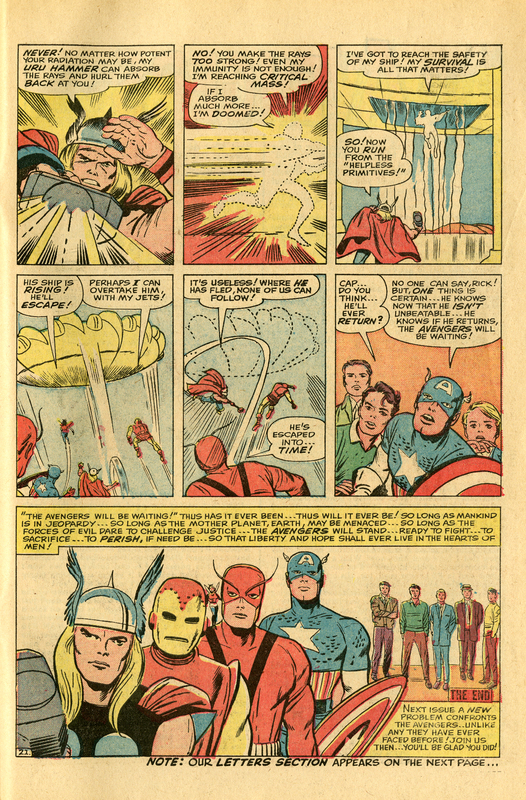 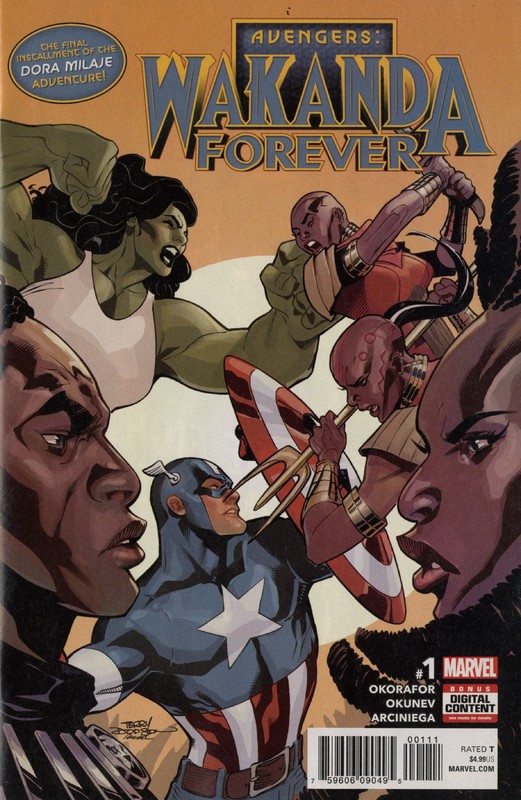 ← Justice League of America 1, no. 26
Raising a Ruckus →
How Children Get Their Books
Forbidden Books
The Avengers 1, no. 8