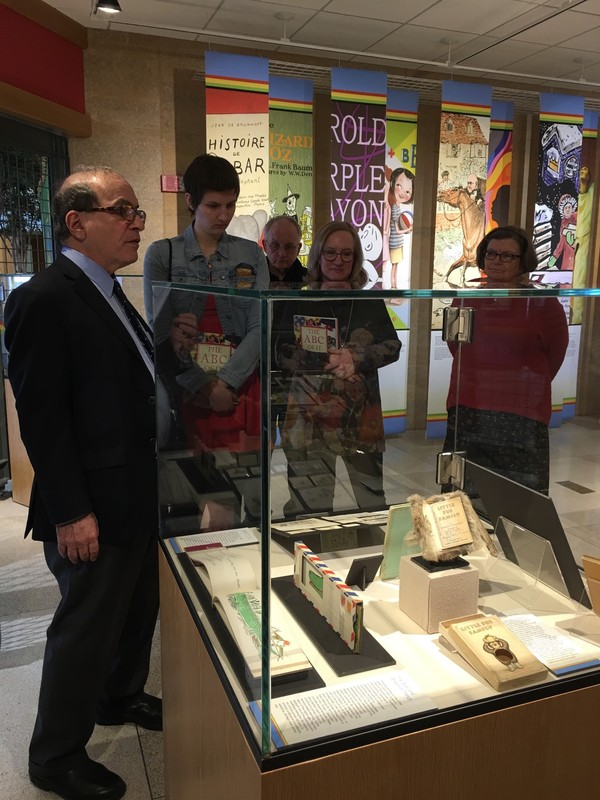 The exhibit, The ABC of It: Why Children’s Books Matter, was conceived as a celebration of the 70th Anniversary of the Kerlan Collection. The original exhibit was produced by The New York Public Library and curated by Leonard S. Marcus, a noted children’s literature historian.

As the curator, I sought to provide a new opportunity to promote and celebrate the Children’s Literature Research Collections (CLRC) by adapting Leonard S. Marcus’s 2013 New York Public Library exhibit of The ABC of It: Why Children’s Books Matter. My team of Kerlan Collection volunteers and friends began by pairing historian Leonard S. Marcus’ insightful, wry commentary with the rare books, manuscripts, and art held by the CLRC. This exhibit included a 240-page, full color catalog (free to download) in collaboration with the University of Minnesota Libraries Publishing with production and distribution by the University of Minnesota Press, a three-floor exhibit featuring over 200 objects from the Kerlan Collection, and a digital exhibit accessible on our website. 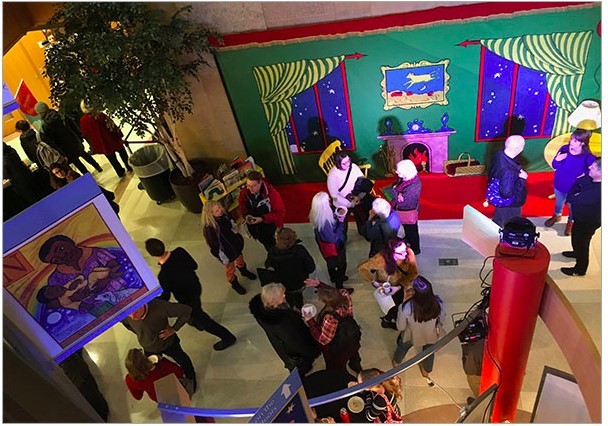 Approximately 3,000 people visited the exhibit, with numerous public educational events including a series of lectures, a series of panel discussions, and a professional development day for educators. The community response to The ABC of It: Why Children’s Books Matter was overwhelmingly positive as documented by letters, emails, and comments in the visitors’ books.

Darren Terpstra, the exhibit designer, was responsible for the look of the exhibit. Visitors marveled at the clarity of the signage and imaginative special features that included a more-than-life-size Poky Little Puppy, the dramatic fur-maned Tenggren Lion, the banned book display with a swearing Bad Kitty, and the welcoming Good Night Moon room inviting all attendees to read aloud to their loved ones. The curator appreciated his cost-conscious inventiveness. 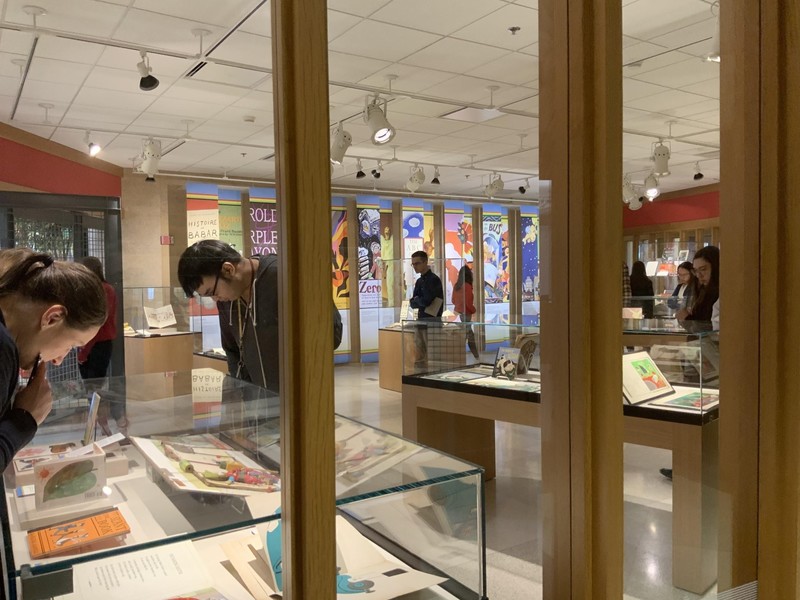 In addition, over twenty-five volunteers and interns worked on various aspects of The ABC of It. The total number of hours they worked was 3,095. The ABC of It successful run is evidenced by the popular and scholarly responses to the materials as well as evidence that many visitors were newcomers to the University Archives and Special Collections.