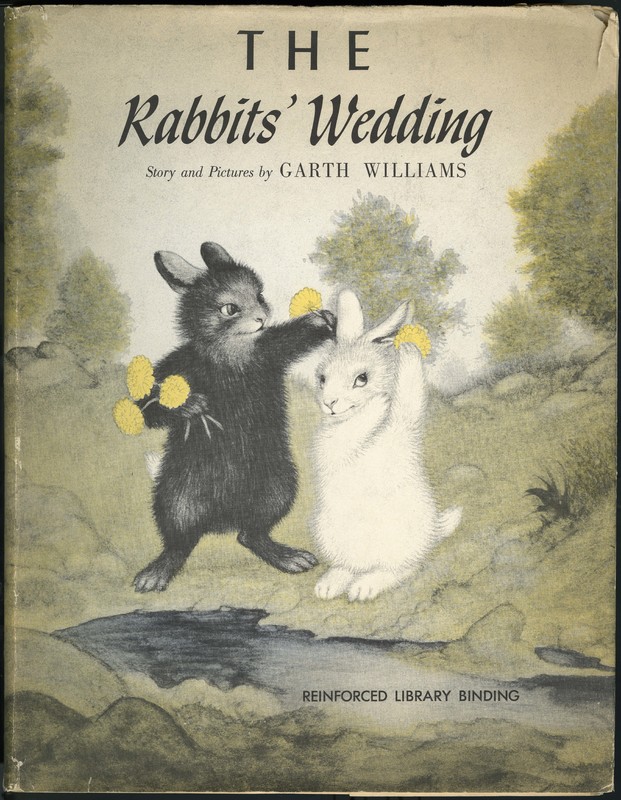 Best known as the illustrator of children's books by E. B. White, Laura Ingalls Wilder, and Margaret Wise Brown, Garth Williams occasionally wrote his own material. This picture book about the marriage between a white and a black rabbit caused a furor, especially in Alabama. The Montgomery Home News, a local publication of the segregationist White Citizens Council, condemned Williams's fable for its seeming endorsement of interracial marriage. State senator E. O. Eddins skewered the author and the state library's director. The latter, who agreed to limit access to the book but not to ban it outright, eventually resigned over the incident. 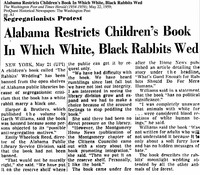