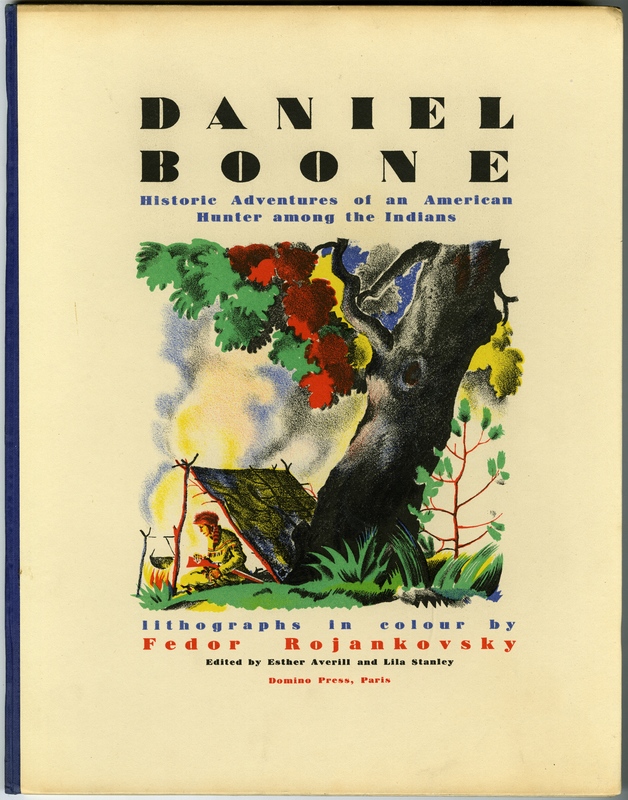 Daniel Boone: Historic Adventures of an American Hunter Among the Indians

In December 1930, the French magazine Art et décoration lamented the fact that France had fallen far behind the United States, England, and Russia in the quality of its children's books. Ironically, it was the appearance the following year of this illustrated narrative of American pioneering life that finally reignited French publishers' determination. Issued in both French- and English-language editions, Daniel Boone was the handiwork of an American expatriate living in Paris and a Russian illustrator who later made his way to New York. 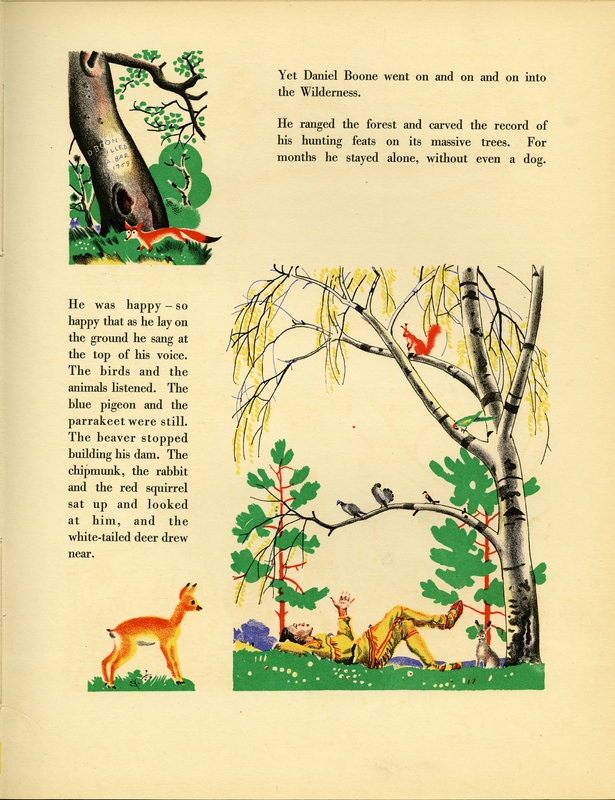