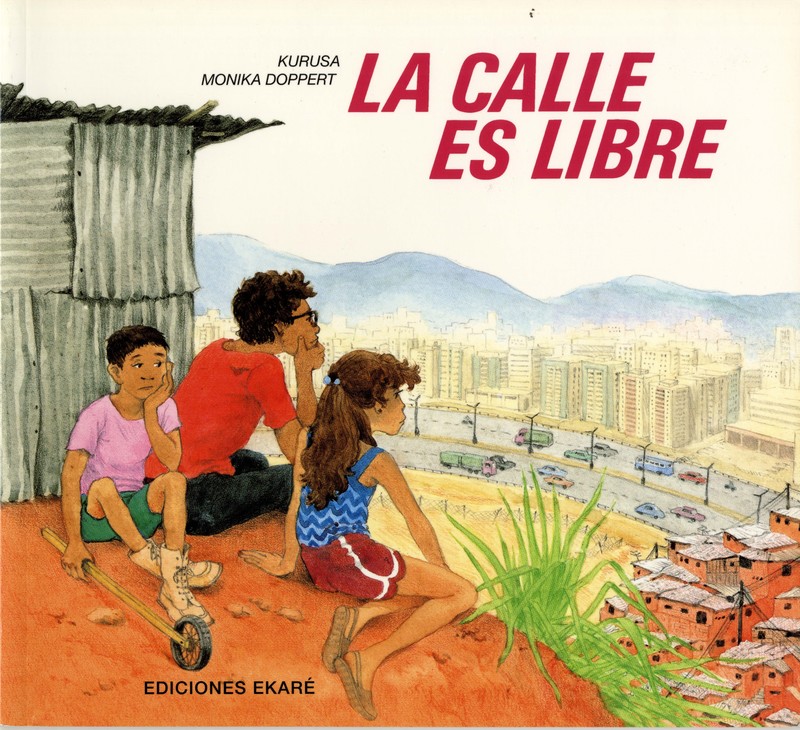 The Streets Are Free

On Loan from the Collection of Leonard S. Marcus

Published in Venezuela in 1981 by the nonprofit Ediciones Ékare and loosely based on real events, this inspiring picture book describes the efforts of a group of barrio children who petition the Caracas city government for a safe park in which to play. The local library, which serves both as a source of books and as a community-building gathering place, closely resembles those founded by the literacy organization of which Ékare is the publishing offshoot, Venezuela's world-renowned Banco del Libro, or Book Bank.