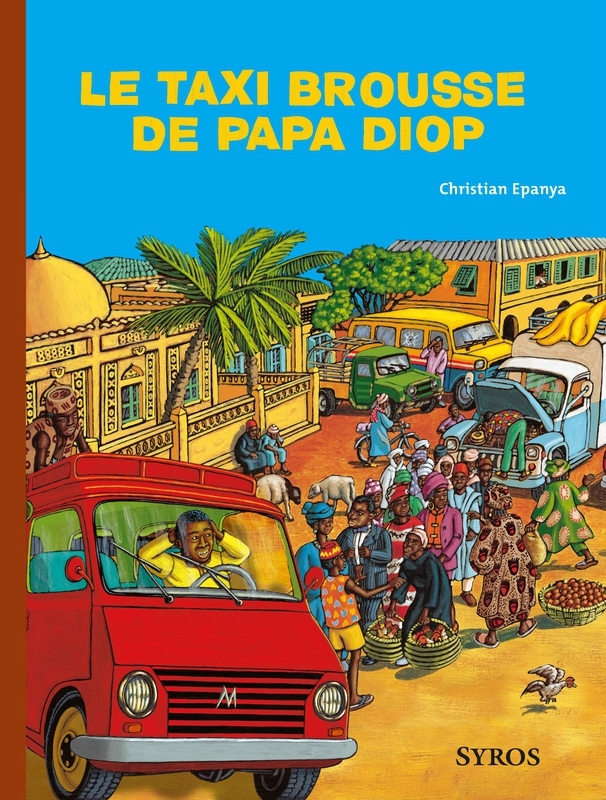 The Bush Taxi of Papa Diop

Written and Illustrated by Christian Épanya

Picture-book making in postcolonial Francophone Africa had its beginnings in the 1970s. Predictably for such efforts in an emerging economy, the earliest of them were rudimentary paperbacks on subjects ranging from traditional folktales to informational guides to crosswalk safety and other utilitarian concerns.

Against this backdrop, the picture books of Cameroon-born artist Christian Épanya represent an astonishing leap forward. Épanya trained as an artist in France, where he now lives, and has had his work published in Europe for both an African and non-African readership. In Le taxi-brousse de Papa Diop, he depicts everyday life in Saint-Louis, Senegal, and demonstrates how access to taxis—a transportation option that children in the developed world might take for granted—can have a community-wide impact on an economy in transition. 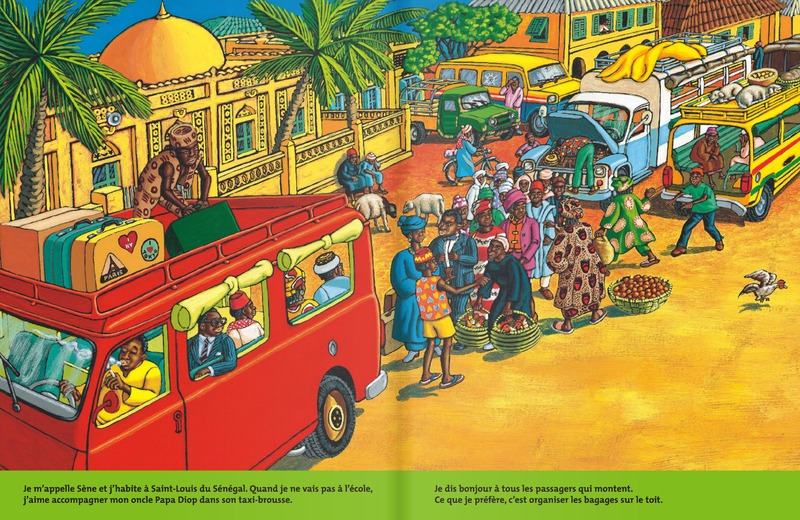