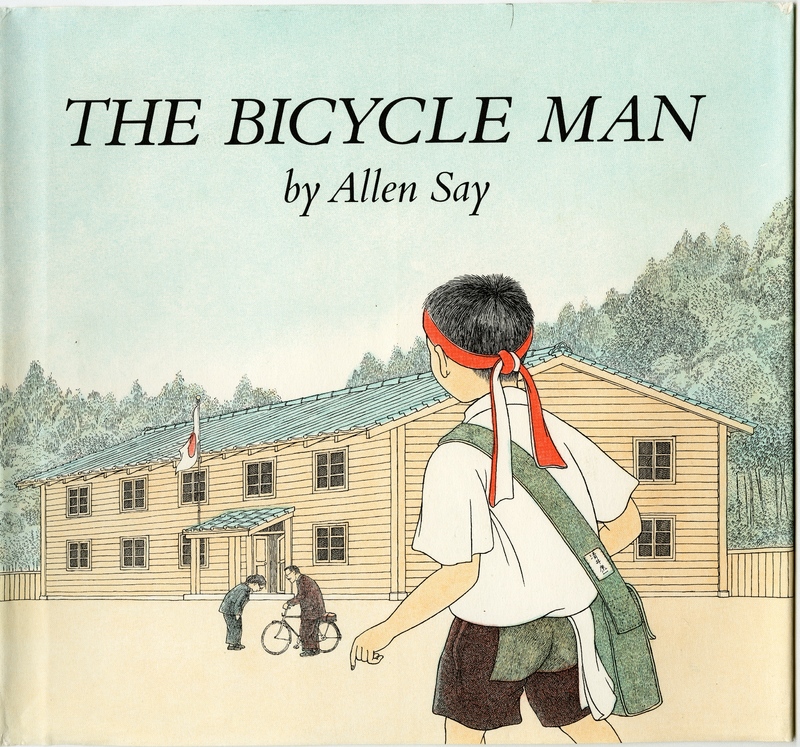 Cover of The Bicycle Man

Written and Illustrated by Allen Say

Allen Say grew up in Yokohama during and after World War II. He based this picture book about a visit by two friendly American GIs to a Japanese grade school on his own childhood memories of life in Occupied Japan. However, in his 1994 Caldecott Medal acceptance speech for Grandfather's Journey, Say mused on the tricks memory can play, citing a grammar-school reunion he attended in 1982: "Nineteen classmates came to the party....I handed out copies of The Bicycle Man....No one remembered the incident....They looked at me with embarrassment and incomprehension, even pity. Then they laughed and called me Urashima Taro, the fisherman of the ancient folktale who returns home after being away for four hundred years"—and finds that nothing is as he remembers it. 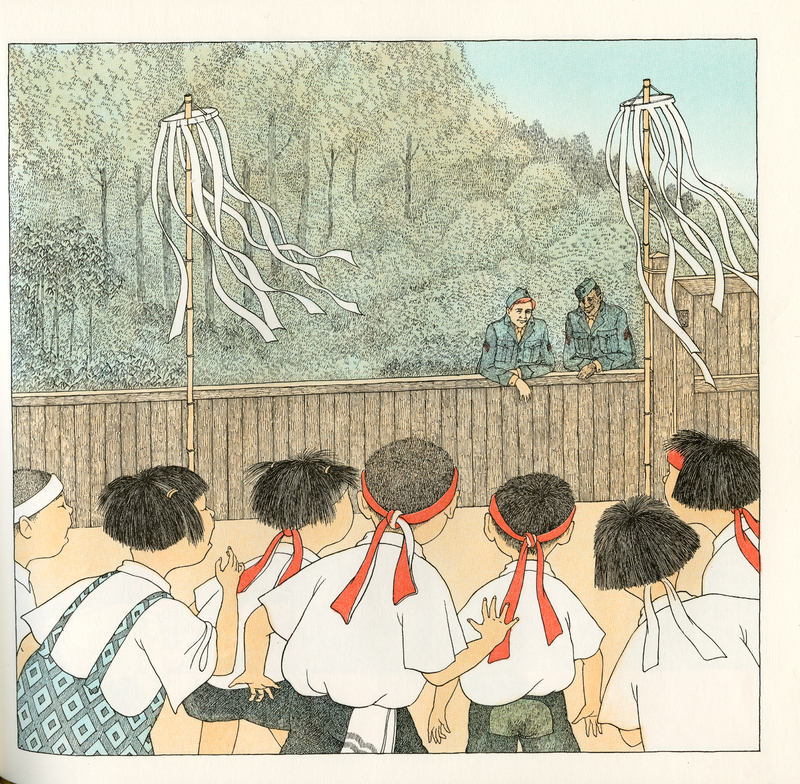 Interior page of The Bicycle Man