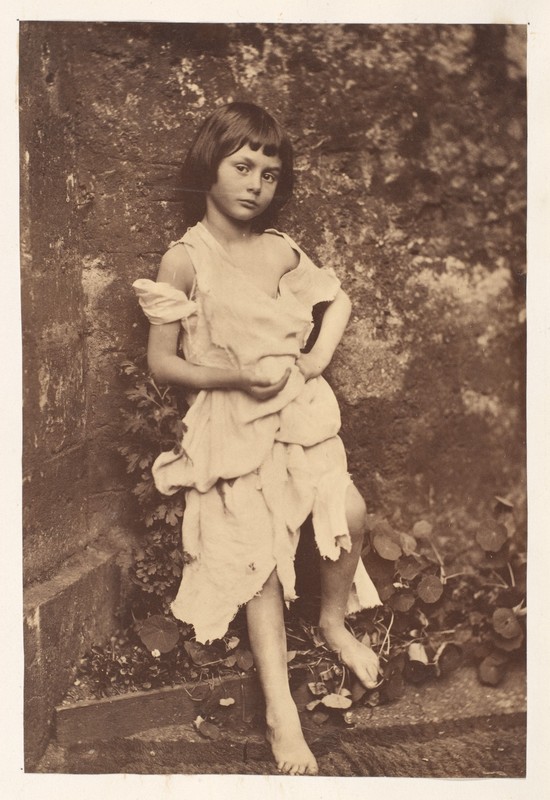 Portrait of Alice Liddell as "The Beggar Maid"

Lewis Carroll purchased his first camera in 1856 and soon became an accomplished amateur portrait photographer. Though he photographed adult subjects, including Lord Tennyson and the Prince of Wales, his strong preference was always for girls. As Carroll observed (prompting later cynics—and psychoanalysts—to wag their tongues), "It is very healthy and helpful to one's spiritual life, and humbling, too, to come into contact with souls so much purer and nearer to God, than one feels oneself to be." In this portrait, he evinced the same fascination with childhood impishness and impetuosity that he showed when he sent Alice's fictive namesake down the rabbit hole to a world beyond all predictability and reason.

← Alice's Adventures in Wonderland
In Nature's Classroom: The Romantic Child →
Visions of Childhood
Down the Rabbit Hole
Portrait of Alice Liddell