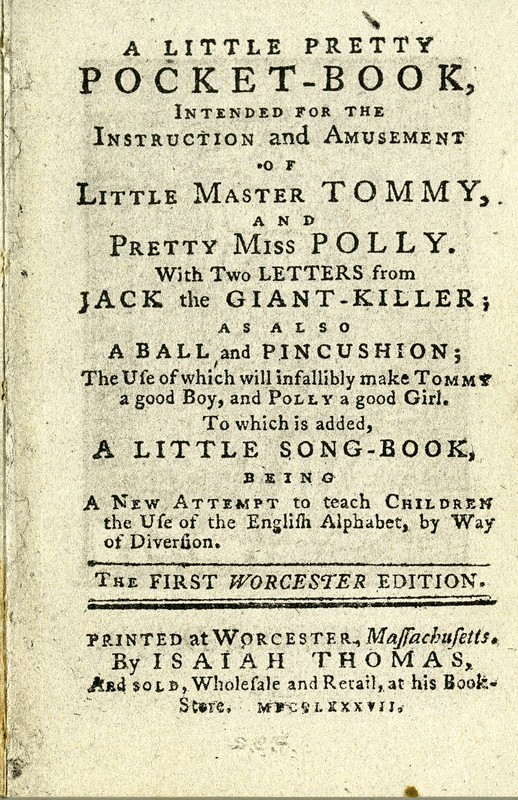 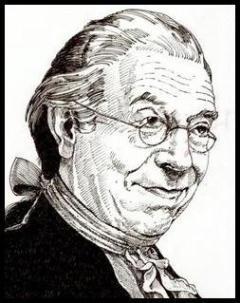 "A Little Pretty Pocket-Book was the first volume published for children by John Newbery of London. Of the edition, June 1744, no single copy has survived. The 1st American edition was published by Isaiah Thomas at Worcester, Mass., in 1787. This facsimile from the copy in the New York Public Library is issued by F.G. Melcher on the 10th of June, 1994, on the 200th anniversary of the book's first appearance."

Guided by the Lockean principle that the best children's books entertain while instructing, London publisher John Newbery issued the first of many such texts, A Little Pretty Pocket-Book, in 1744. Newbery's offerings struck a chord with forward-thinking parents, and the English market for children's trade books was born.

In 1779, a savvy Massachusetts printer named Isaiah Thomas began selling imported copies of the Newberys in his shops. When the supply ran out, he printed more—including the volume shown here—under his own name, which, in the days before international copyright protection, was not illegal. Thomas, who died one of the new republic's most respected cultural figures, was later hailed as the "American Newbery." 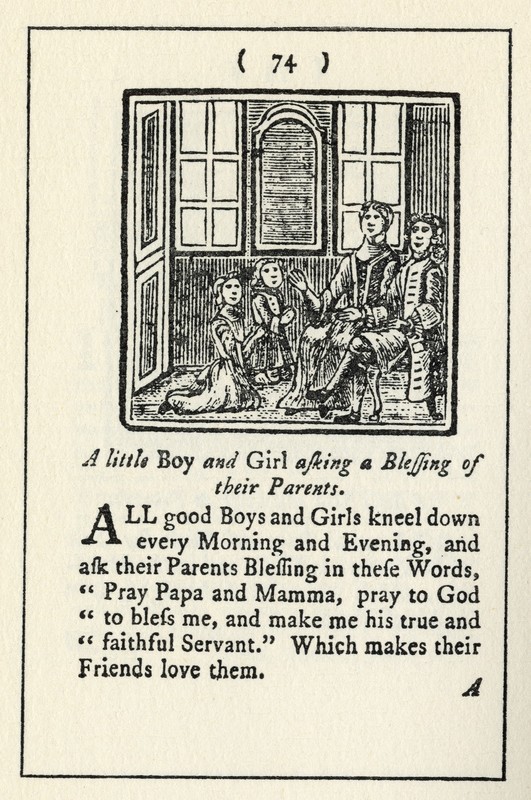 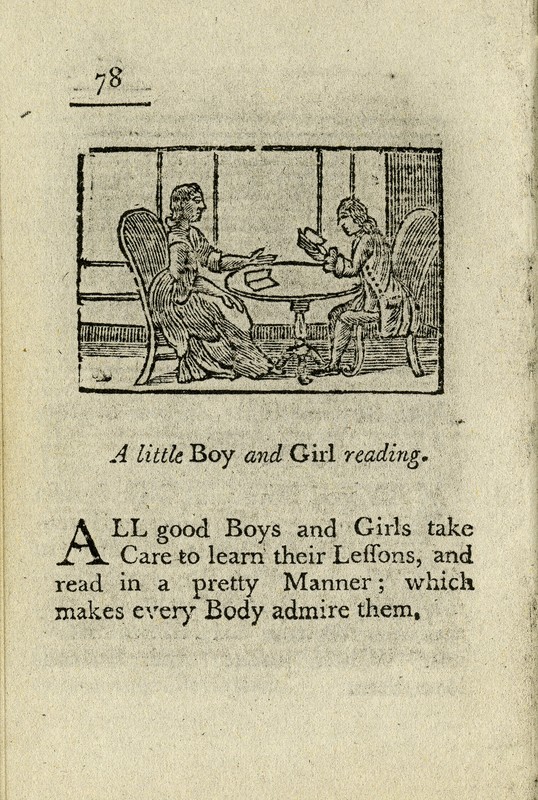 ← Facsimile of the First Edition of the Encyclopedia Britannica
Road to the Temple of Honour and Fame →
Visions of Childhood
A Blank Slate: The Rational Child
A Little Pretty Pocket-Book