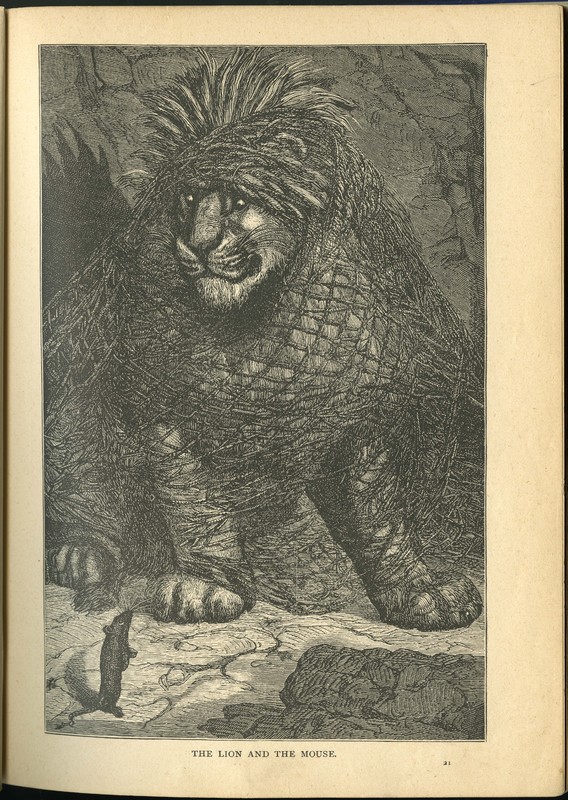 Revised and rewritten by J.B. Rundell

Collections of the pithy morality tales attributed to Aesop, a Greek slave of the 6th century B.C., are among the earliest printed books in the West. Aesop's fables are also among the most frequently illustrated of all literary texts. The first illustrated edition, printed in Ulm in 1476, was not intended for children, and artists both outside and within the children's book world have continued to draw inspiration from the fables' nutshell narratives and unadorned wisdom.

(See also The Lion and the Mouse) 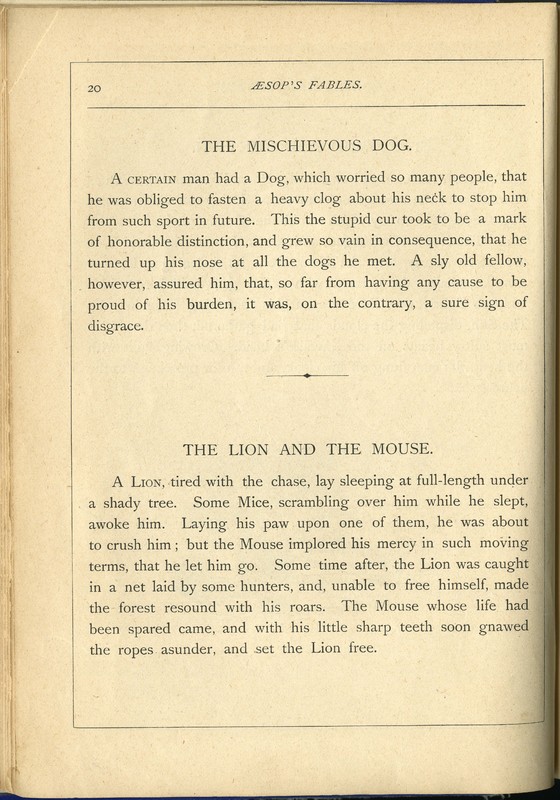 ← The New England Primer
The Lion and the Mouse →
Visions of Childhood
A Blank Slate: The Rational Child
Aesop's Fables