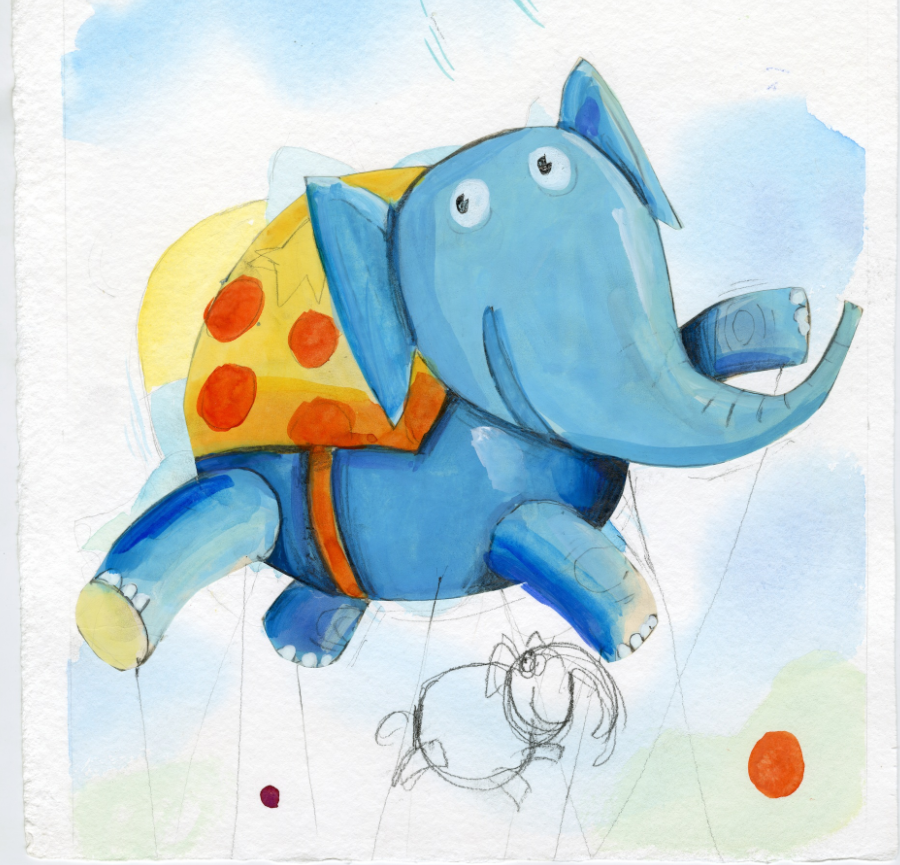 This exhibit shows the process of making a nonfiction biographical picture book, using Melissa Sweet's Balloons Over Broadway: The True Story of the Puppeteer of Macy's Parade as an example.

Other exhibits using the materials from the Kerlan Collection can be found at https://www.lib.umn.edu/clrc/digital-resources 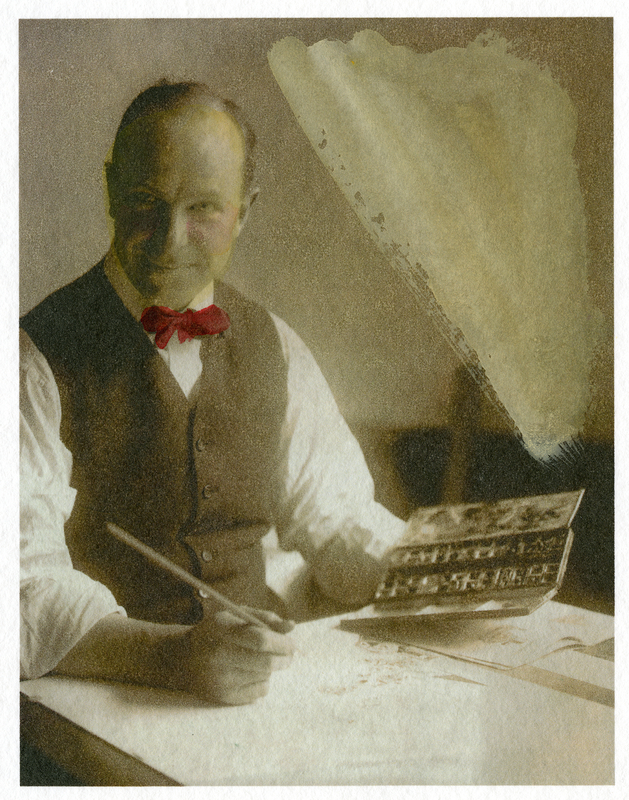 Picture of Tony Sarg, with Painted Accents by Melissa Sweet (Click to View)

Melissa Sweet's picture book biography focused on one person: Tony Sarg. People no longer remember much about him, but in the 1920s Tony Sarg was a household name. An immigrant from Germany, he was raised around his grandmother’s old-fashioned, European marionettes. He then inherited her collection and persistently taught himself the traditional marionette style. This hobby developed into a successful career when Sarg brought old-world marionette techniques to the US and proceeded to re-invent and re-invigorate the art. He produced not only famous films and traveling shows, but also toys, products, and a chain of shops that reshaped the concept of branding. Tony Sarg's fame lived on through his apprentices. One apprentice, Bil Baird, designed the puppet show that appears in The Sound of Music. Bil Baird then went on to train Jim Henson, a still-famous figure in American puppetry and popular culture. During his lifetime, Sarg accomplished many large and famous feats, but his biggest and possibly most famous project was the invention of the Macy’s Parade Balloons. This is the story that Melissa Sweet chose to focus on in her picture book Balloons Over Broadway: The True Story of the Puppeteer of Macy's Parade.

Balloons Over Broadway was written and illustrated by Melissa Sweet, edited by Ann Rider with art direction by Rachel Newborn, and published by Houghton Mifflin Harcourt.

This exhibit presented by the Children's Literature Research Collections.

The Author →
About the Book