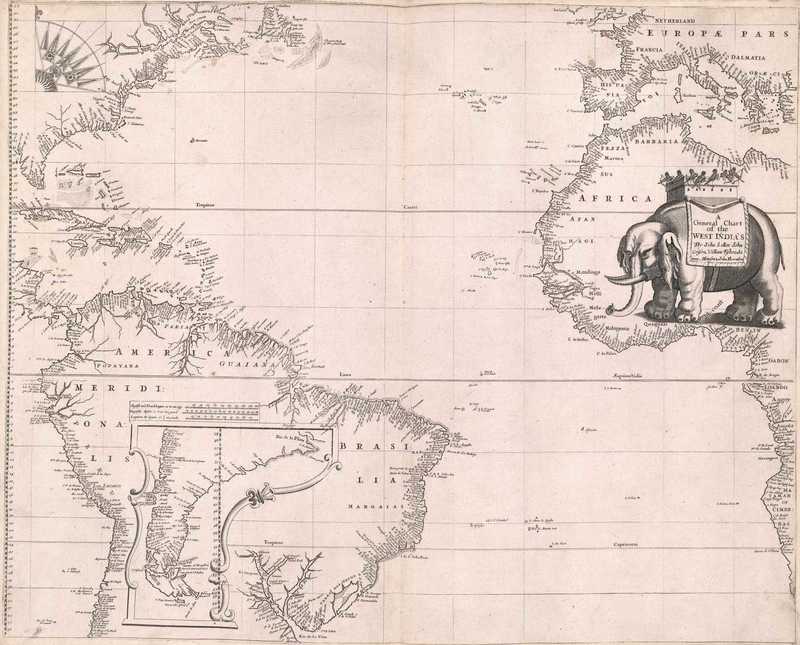 "A General Chart of the West Indias" from John Seller, Atlas maritimus. London, 1675.

Seller (fl. 1658-1698) began his career as a maker of navigational instruments but he became a prominent figure in the history of the map publishing trade in England.  He was appointed hydrographer by the King in 1671 and remained in the position under three monarchs.  He was the first Englishman to try establish a cartographic publishing firm comparable to the large continental firms.  In addition to the Atlas Maritimus he published a celestial atlas, two terrestrial atlases, and numerous maps, charts and geographical and nautical publications.

The Bell copy of his Atlas Maritimus contains 17 leaves of maps and a hydrographical description of the sea-coasts of the known parts of the world.  It is a late issue of the atlas, lacking the preface of earlier editions.  The first edition was published circa 1670 but all copies and editions varied in contents.  Depending on the interests of the individual customer, Seller would publish a collection of maps on demand, as was usual in the map trade at the time.  Some of the maps were adapted from Dutch atlases and some were Seller’s own work. 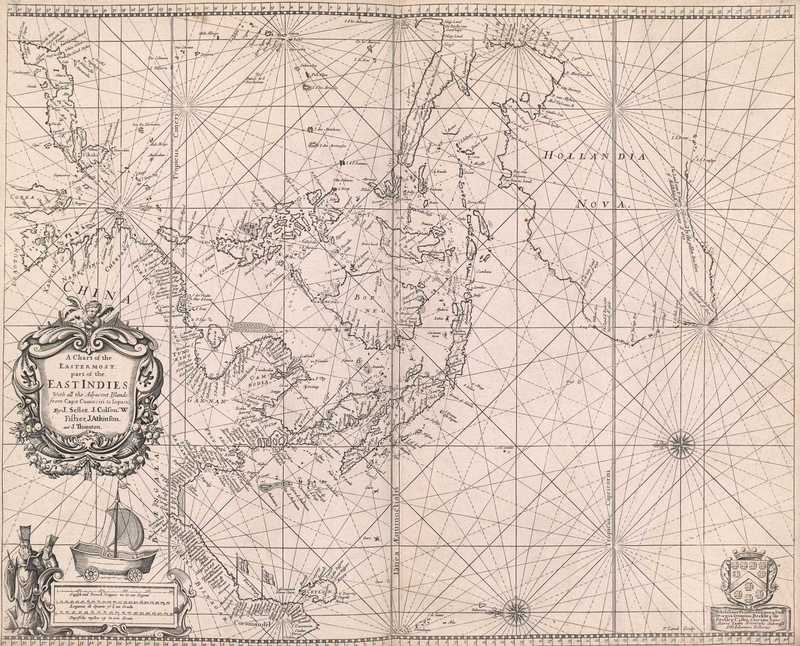 In 1677 Seller was forced into a partnership in order to avoid bankruptcy.  When the partnership ended his stock was shared out among the partners including John Colson who issued this edition of the Atlas Maritimus with his own engraved title page claiming authorship.  The Library’s copy is the second traced example bearing Colson’s name.