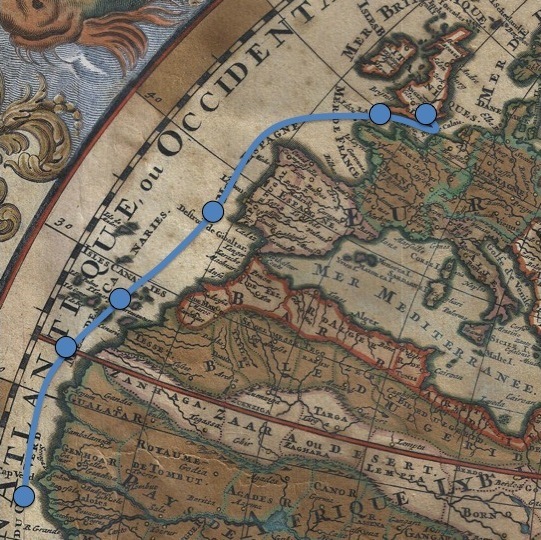 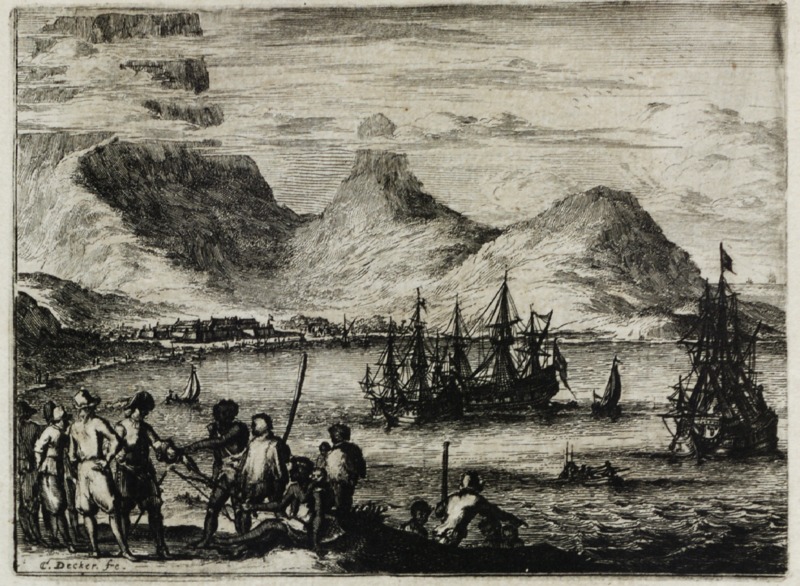 Throughout his writings, Edward Terry demonstrates his interest in the relationship between nature, humankind, and the divine. As an ordained chaplain, perhaps this is not surprising. After surviving a violent storm off the coast of Africa, Terry speculated about the cause of this weather:

Those self-opposing blasts [of wind] we there had, were so variable and uncertain, that sometimes within the space of one hour, all the thirty-two several winds, (which are observed in so many points of the compass) will blow, so that if there be many ships in company, you may observe them all to sail so many several ways, and everyone one of them seem to go directly before the wind… I can give no reason for it; unless Satan, that prince of the air, (who is most tyrannical where he is most obeyed) seems to rule more here than he doth in other parts. And most certain it is that he rules very much in the inhabitants on that main, the poor, ignorant, and most miserable negroes, born for sale, slavery, and slaughter.

Terry's association of Satan as the "prince of the air" along the coast of Africa provides a powerful perspective through which to consider how he saw the world around him. However, when reading passages like this, it is also important for us to remember that he lived in a very different world than the one we do today. In the 17th century, there was an active slave trade from Africa to the Americas led primarily by European merchants and ships. The term "negro" was a common term for a dark-skinned person during this time and, although it is unacceptable by today's standards, this does not mean that we should condemn Terry as a racist. What is more important, instead, is to attempt to understand why Terry thought the way he thought and why he attempted to make connections between Satan and the people of Africa.