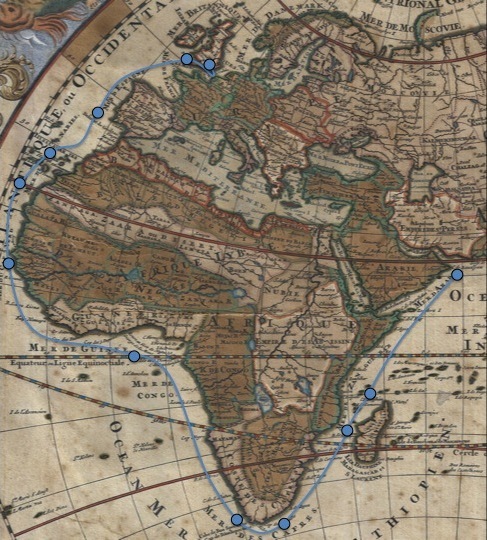 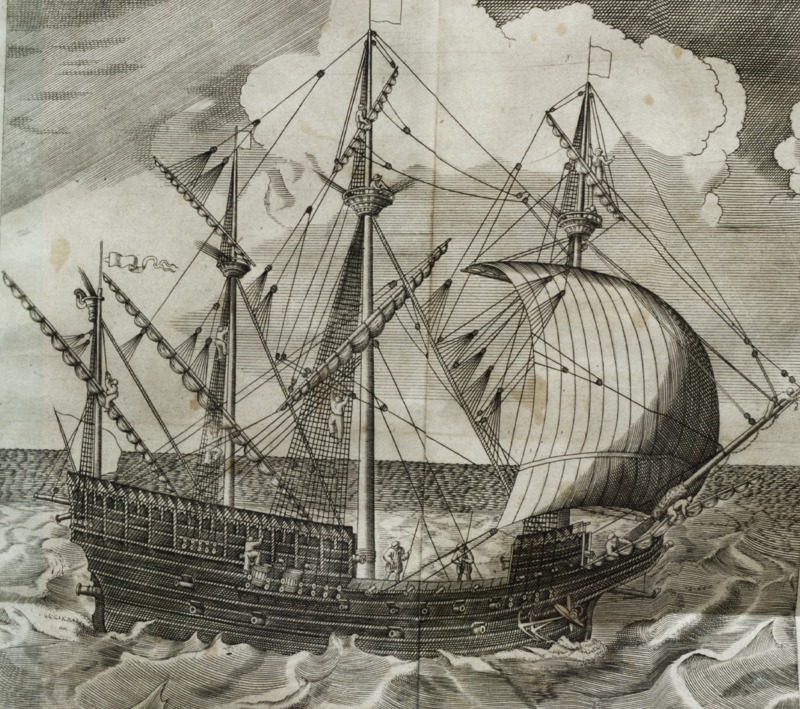 The crew of the Charles experienced mostly favorable winds as they sailed along the eastern coast of Africa and the Arabian peninsula. It was only on August 24th that Terry mentioned an adverse wind that caused the Charles to bypass its anticipated port at Zocotrina. However, on September 6th, Terry noticed a curious and frightening anomaly in the waters around the Charles:

At night, to our admiration and fear, the water of the sea seemed to us as white as milk; which did not appear only so in the body of the sea, but it looked so likewise in buckets of water which we did then draw out of the sea. Others of our nations passing on the course have observed the like; but I am yet to learn what should be the true reason thereof, it being there very far from any shore, and the sea so deep that we could search no ground.

Although Terry's voyage along the coast of the Arabian Peninsula was largely an uneventful one, sometimes warfare happened on the high seas. As European countries competed with each other for control over sea-based trade routes, competition and conflict were inevitable. Ships were designed accordingly. They often were equipped with numerous cannons of various sizes and capacities. These weapons were difficult to load and sometimes dangerous to fire. Cannons required crews of two or more men to operate efficiently. However, the destructive power of the cannon was impressive and, with the right shot, could prove fatal for both men and ships. In addition, smaller gunpowder weapons were created and specifically designed for use on ships. These weapons contained easily interchangeable parts that could be substituted if part of a weapon became wet or damaged.