11. A Brief Reprieve at Mohilia 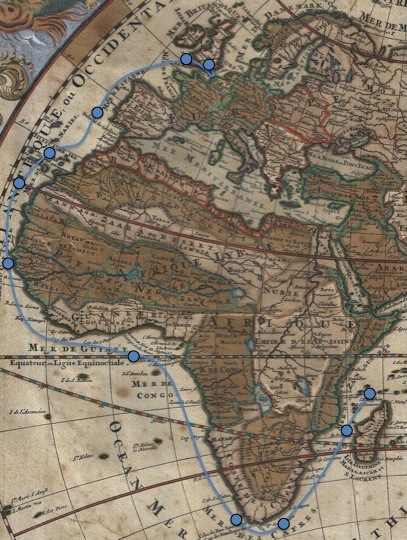 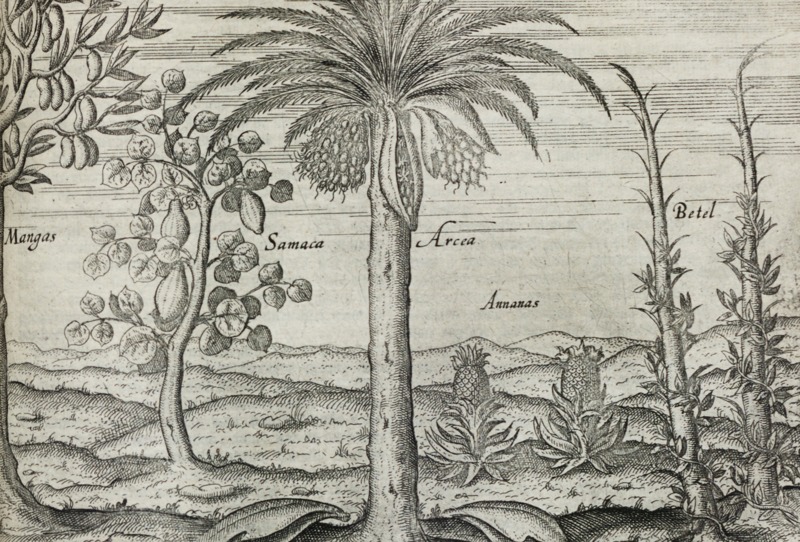 Following their victory over the Portuguese carrack, the crew of the Charles docked at the island of Mohilia, part of the Comoro island chain, from August 10th to August 16th to rest and prepare their ship for the last leg of the journey. Terry found the island to be an exceedingly pleasant location:

We found the island, called Mohilia, very pleasant, full of trees, and exceeding fruitful, abounding in beeves, kids, poultries of divers kinds, rice, sugar-canes, plantens, (of which fruit shall be spoken hereafter) oranges, cocoa-nutes, as with many other wholsome things; of all which we had sufficient to relieve our whole company, for little quantities of white paper, glass beads, low pric'd looking-glasses, and cheap knives; for instance, we bought as many good oranges as would fill a hat for a quarter sheet of white writing-paper, and so in proportion all other provisions. Here we had the best oranges that ever I tasted, which were little round ones, exceedingly sweet and juicy, having but a little spungy skin within them, and the rind of them almost as thin as the paring of an apple: We ate all together, rind and juice, and found them a fruit that was extraordinary well pleasing to the taste. Much of their fruits the islanders brought unto us in their little canoes, (which are long narrow boats, cut like troughs out of firm trees) but their cattle were bought on the shore.

← 10. Combat with a Portuguese Carrack
12. Smooth Sailing →
11. A Brief Reprieve at Mohilia