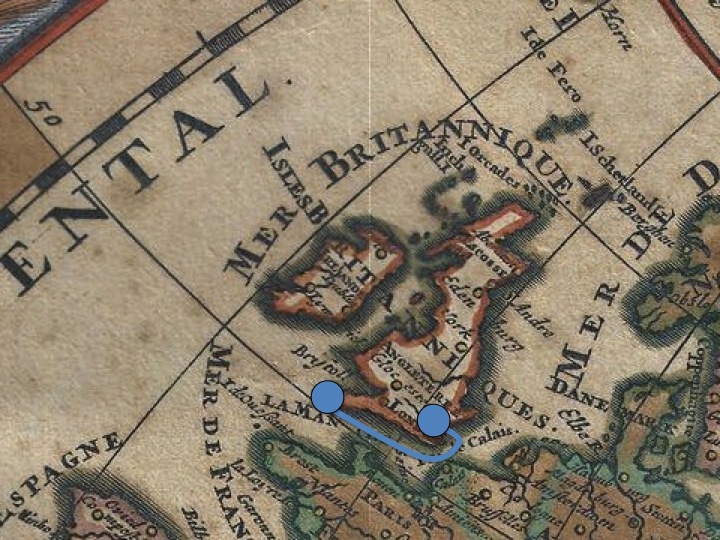 Following their departure from Gravesend, Edward Terry and the crew of the Charles sailed down the Thames Estuary toward the English Channel. They stopped briefly at Tilbury-Hope before being forced to dock at the Downs (an area in the southern North Sea off the coast of Kent that offered safe anchorage) from February 12th to March 9th because of adverse winds. Once these winds turned favorable, the Charles set sail. On March 11, 1615, Terry records his last sight of England, a southern peninsula of England called "The Lizard."

Our fleet… fell down from Grave's-End into Tilbury-Hope, where we continued 'till the 8th day following; when we weighed anchor, and by a slow, that we might have the safer passage, the 12th came into the Downs, where an adverse wind forced our abode 'till the 9th of March; on which day it pleased God to send us, what we had much desired, a northeast wind, which made us leave that weary road, and set sail to East-India.

← About the Exhibit
2. Stormy Skies in the Bay of Portugal →
1. Departing England