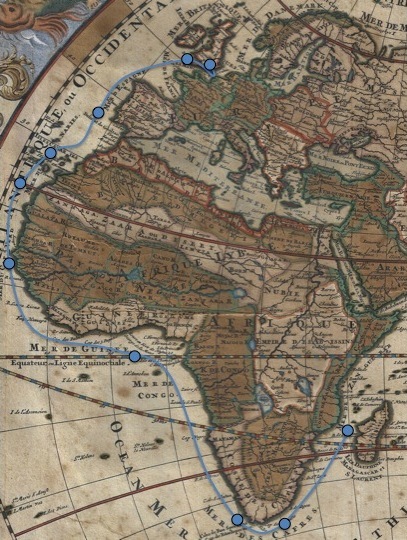 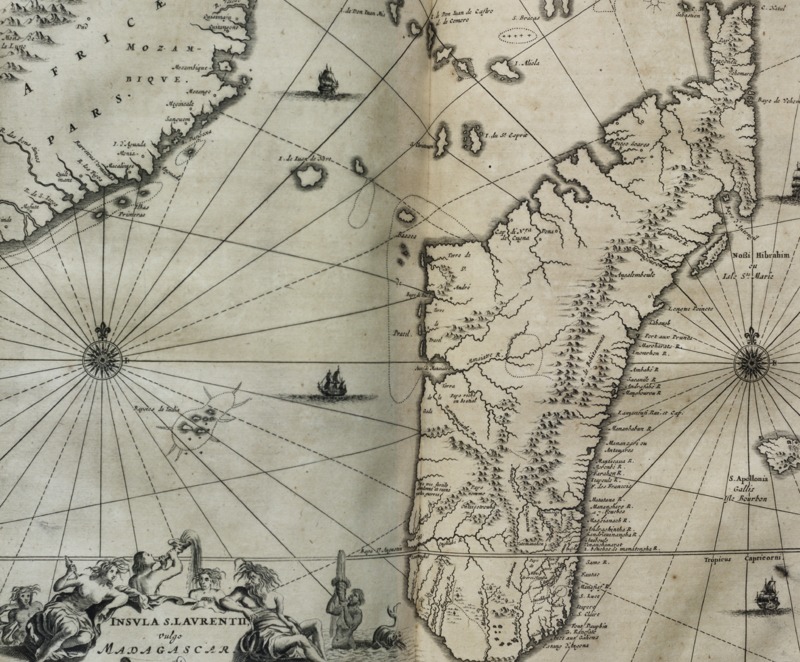 The Charles passed between the coast of east Africa and the island of Madagascar on July 22nd. Terry knew little about the island:

It is an exceedingly great island, (if not the greatest in the known world) so it is stored with abundance of very excellent good provisions, though inhabited by a barbarous and heathenish people, but stout and warlike, and very numerous.

During the "Age of Discovery" or the "Age of Sail," a number of important technologies were invented to help explorers and traders navigate the high seas. The ships employed for these voyages came in a variety of types and sizes. For example, the carrack was a large sailing vessel that Portuguese and Spanish crews used for ocean travel. Another ship was the caravel, which, although smaller, was also was used by the Portuguese. Aboard these ships, sailors used a variety of important technologies to help them navigate. Tools like the astrolabe, sextant, and quadrant, in particular, helped navigators chart the progress of their ships on the open ocean. This equipment also helped explorers create maps of the world. One explorer from this time was Abel Tasman, who worked for the Dutch East India Company and was the first European explorer to reach New Zealand.  Tasmania, an island state south of Australia, was named for him.

← 8. Passing the Cape of Good Hope
10. Combat with a Portuguese Carrack →
9. Alongside Madagascar