3. The Island of Teneriffe 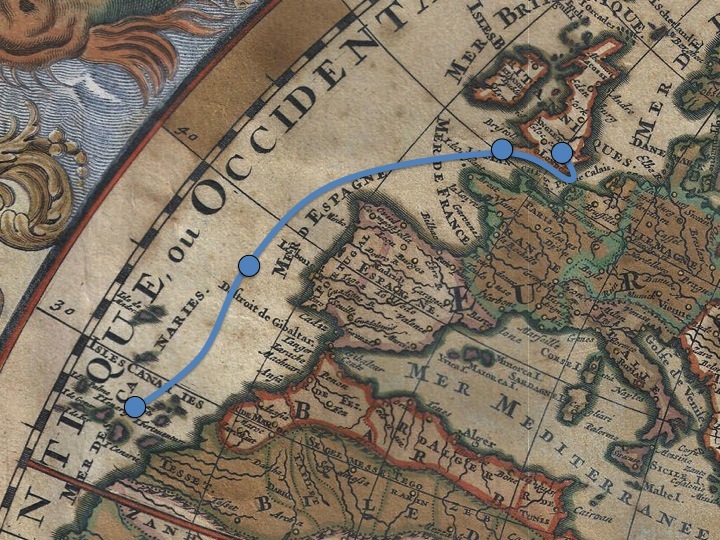 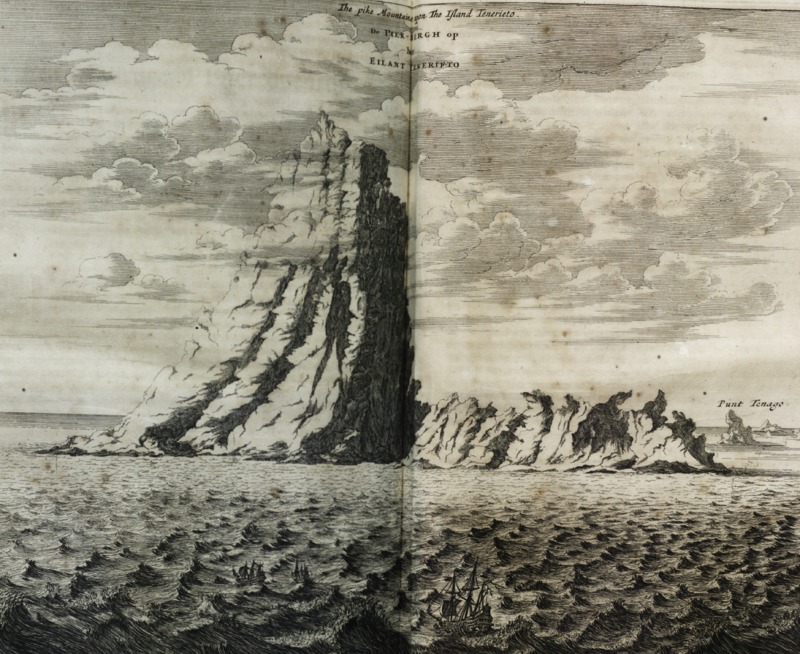 On March 28th, the Charles passed the Canary islands and the island of Teneriffe, which are located west of modern-day Morocco. Terry was struck by the sight of a gigantic mountain on Teneriffe:

This over-grown rise of earth is in shape like to a pyramid, or sugar-loaf, circled and wrapt about with many wreathes of clouds, which encompass it by several distances; as first, earth, then clouds, above which the earth appears again, then clouds again, then earth; the top of it being of such an immense height, that it may be as truly said of this, as Virgil, Eclogue 5, writes of Olympus… So beautiful, it Heaven's unwonted spires, / And clouds, and stars, under its feet admires.

Often, 17th-century ships like the Charles were packed with valuable trade goods when they traversed the high seas. Many Europeans were eager to acquire goods from other parts of the world, such as chocolate, spices, and silk, and they were willing to pay top dollar for them. One company that was particularly important in facilitating this trade was the British East India Company. With the approval of the British crown, this company was formed in 1600 and established trading partnerships with people in India and China. These relationships were often exploitative, as the East India Company obtained its own private armies with which they exercised military power. During the time of his voyage, Edward Terry was a chaplain employed by the East India Company.