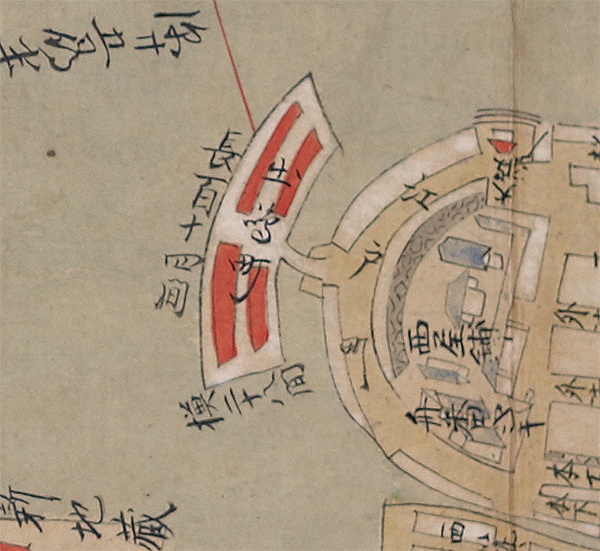 Dejima from [Manuscript map of Nagasaki, its harbor and surrounding region]. ca. 1741-65.

Arguably the central element in the 1741 map of Nagasaki, the fan-shaped island labeled Dejima (出島) was the core of European exposure to Japan for around two hundred years. Constructed in 1634 under the orders of the shogun Tokugawa Iemitsu, Dejima was the designated port for trade, first with the Portuguese until 1639 then with the Dutch until the arrival of the American Commodore Matthew Perry in 1854. Given that the Europeans were required to remain on the artificial island while in Japan (save for a once-a-year visit to the Suwa Shrine), Dejima features prominently in many of the accounts of Japan before the mid-19th century. 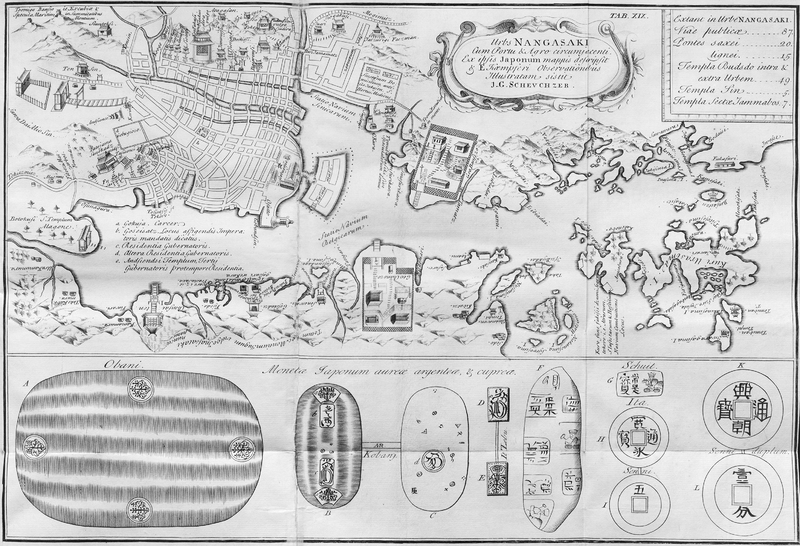 As the account by Carl Peter Thunberg seen in a previous section revealed, Japanese and Dutch individuals had very little contact in Dejima; the world we see depicted in the image above was almost exclusively that of the Europeans, one that the average Nagasaki resident would never see.