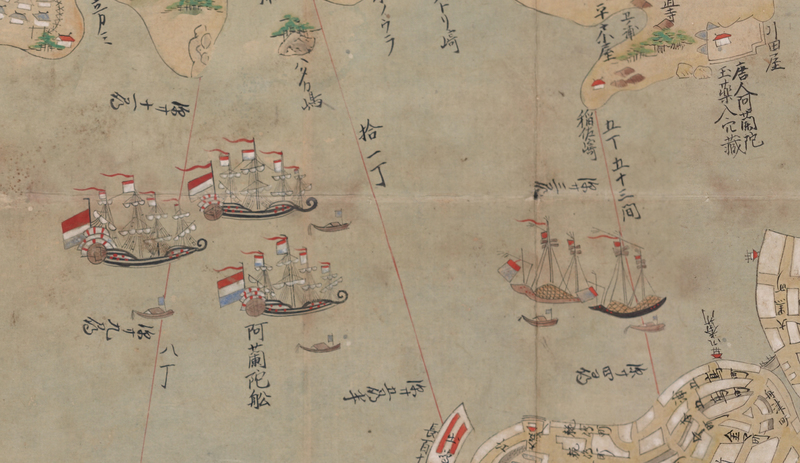 Chinese, Dutch and Japanese ships in harbor from [Manuscript map of Nagasaki, its harbor and surrounding region]. ca. 1741-65.

Right in the center of the harbor itself, the map gives us a splendid view of ships belonging to three different nations, each coming to Japan with a purpose interpreted not only through their placement and presence on the map, but also in the detail used to depict them. The Dutch ships are featured not only with the most vibrant color of the group, but also with an explicit label underneath them: “阿蘭陀舩” (“orandasen” or “Dutch ships”). We are able to easily make out some assorted Chinese vessels, based on their design and the flags they are flying. 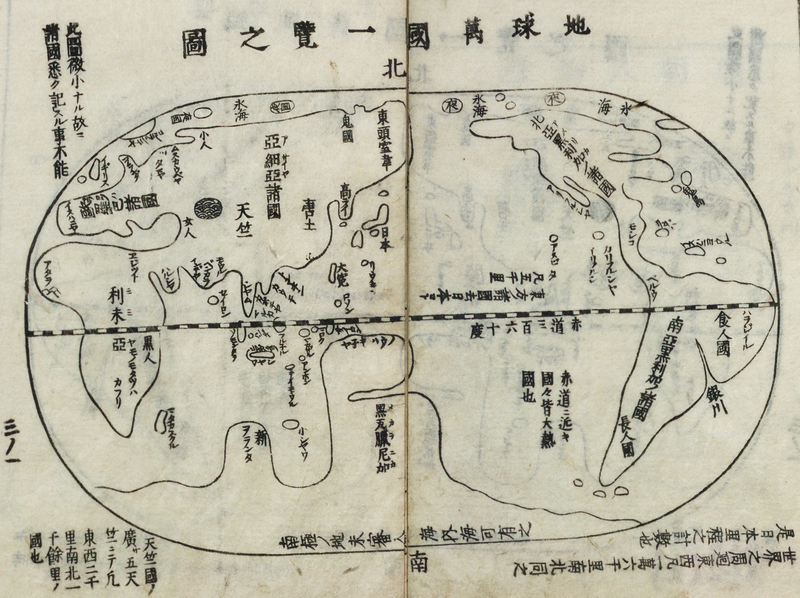 World map from 西川如見 [Jouken Nishikawa], 増補華夷通商考 [New and much enlarged edition of the first world geography for Japanese readers, including the products of each country]. Kyoto, 1708.

Departing from the map for a moment, there is also much to say about Japan’s broadening worldview that occurred during this time period. In another piece at the Bell (call number 1708 Ni), Nishikawa Jouken describes various European groups, undoubtedly influenced by information given to them by Dutch and, earlier, Portuguese sources, and gives a brief history of the Japanese interaction with them. Included in the first book of the set, however, is a rather compelling map depicting the world, which succinctly summarizes how some Japanese scholars imagined different parts of the world at the time. 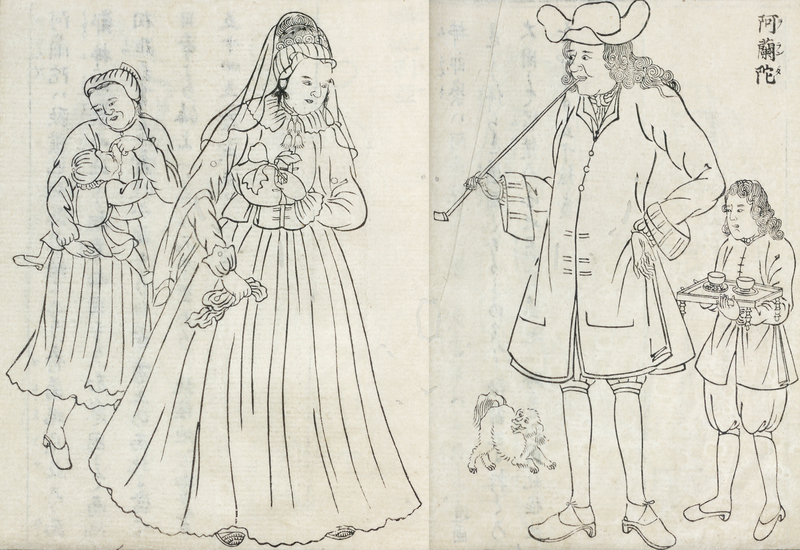 Portrait of the Dutch from 西川如見 [Jouken Nishikawa], 四十二国人物図說 [Illustrated commentary on the inhabitants of forty-two realms]. Tokyo, 1720.

Nishikawa would, later in his life, clarify these Japanese visions of other nations by crafting and publishing a collection of portraits depicting individuals from far-off (and close-by) nations in the garb he understood to be traditional. While the details regarding how he managed to generate these images is mostly unknown, we can infer, based on the groups he includes, that they are likely the result of information gathered by the Portuguese and Dutch at Nagasaki.

← Topography
...and from the Outside →
Seeing Japan from the Inside...
Other Nations