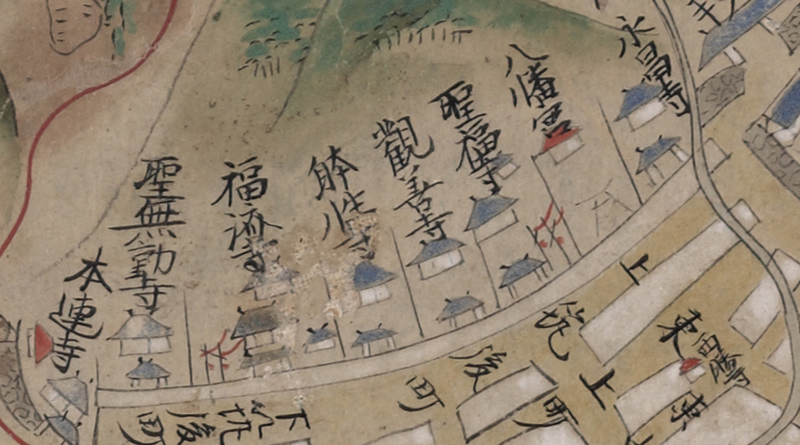 Row of temples from [Manuscript map of Nagasaki, its harbor and surrounding region]. ca. 1741-65.

Religious structures are the kinds of building most often pointed out within the town’s plan; indeed, a row of temples in the northernmost section of the city is very clearly indicated by their blue roofs and the appearance of a symbol denoting Shinto shrines located on the street directly in front of them. As a means of comparing the layout of this map to modern-day Japan, some of the temples depicted in the image to the right can be plotted on Google Maps, showing their continued existence within Nagasaki.

Temples also appear outside of this row, scattered across the map, though each is readily identifiable not only from their labels but also by their colored roofs. Interestingly, they are inconsistently named or labeled, meaning that the presence of temples (but not necessarily their identities) was important for whomever the map was created for.