ACM began to present awards and prizes in the mid-1960s to computing practitioners who made major impacts in various aspects of the field. The organization currently offers nearly twenty fellowships, prizes, and awards, not including awards made by individual special interest groups. The first award given by ACM was the A. M. Turing Award, which was first presented in 1966 and is still offered annually to individuals who have made lasting and important technical contributions to the computing field. Turing Award winners who have collections in CBI’s archives include Alan Perlis (1966) and Charles Bachman (1973). Examples of other awards given are the Distinguished Service Award (service to the computing community) and the Grace Murray Hopper Award (the outstanding young computer professional of the year). 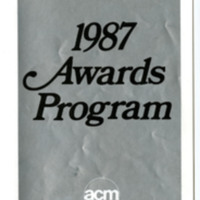 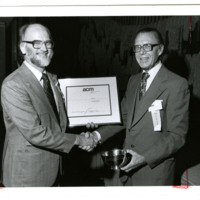 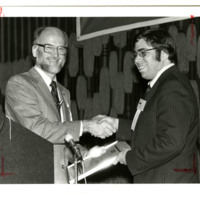 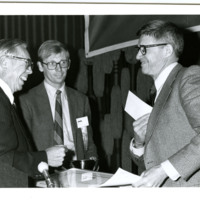 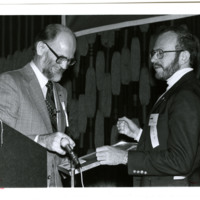