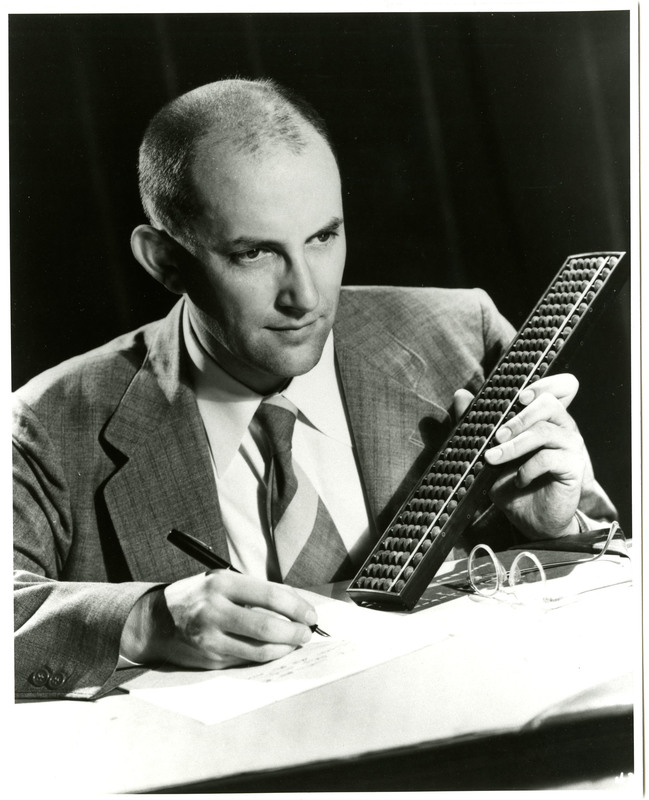 The Association for Computing Machinery was officially created at a meeting at Columbia University on September 15, 1947, attended by 78 individuals interested in computers. Many of the attendees had worked in some capacity with computers during World War II, anticipated their potentially broad applications to post-war activities, and viewed the creation of a communication network for computer professionals as a necessity for national security. At this meeting, a resolution was voted to form the "Eastern Association for Computing Machinery," and the first officers and executive council members were elected. Additionally, a report entitled The Pilot Model of EDVAC was given.

The meeting had been formulated by a temporary committee consisting of Edmund C. Berkeley, Robert V. D. Campbell, John H. Curtiss, Harry E. Goheen, John W. Mauchly, Thomas K. Sharpless, Robert W. Taylor, and Charles B. Tompkins; these individuals worked in a variety of industries, federal government offices, and academic institutions. Berkeley in particular was active during the early years of ACM and was the organization's secretary for a number of years beginning in 1947.

The original purpose of the association was "to advance the science, development, construction, and application of the new machinery for computing, reasoning, and other handling of information." By January 1948, the word "Eastern" was dropped from the name, giving the association more universal applicability and leaving it with the name it still holds today.

Examples of early work done by the ACM include a June 1954 glossary of programming terminology put together by ACM's committee on nomenclature, headed by Grace Hopper. Terms and definitions are clearly representative of programming work done at the time. 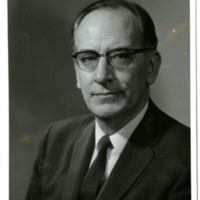 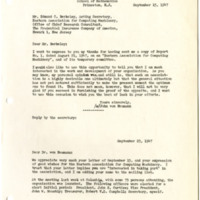 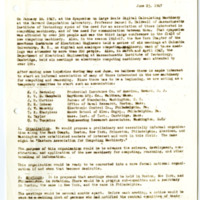 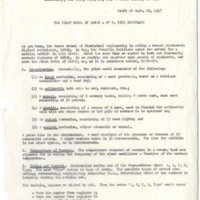 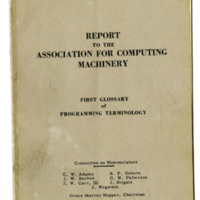 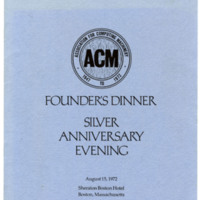 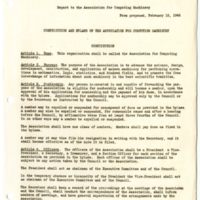 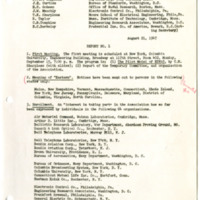 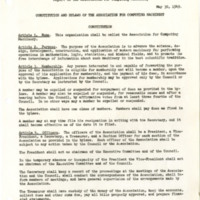 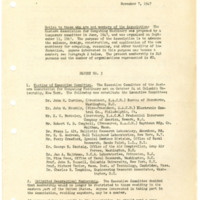 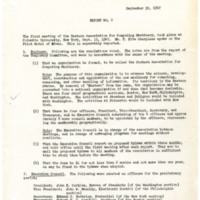 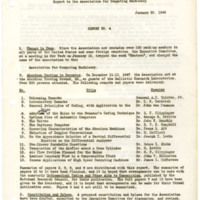 ← About the Exhibit
Membership →
Origins and Founders