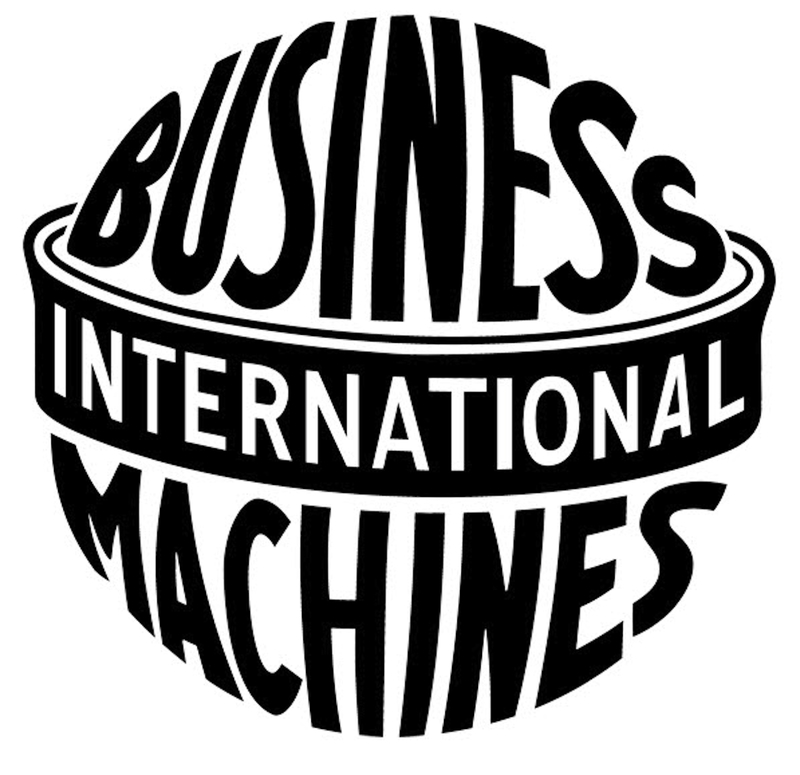 IBM was the first computer company to purposefully select Minnesota to establish a base of operations, and for much of its early history, functioned much like an industrial district unto itself, combining strengths of multiple divisions and specialized skills, often in informally structured ways and at times without any direct instructions from IBM headquarters. IBM has its roots in the Computing Tabulating and Recording Company, formed by Herman Hollerith, who made his name created tabulating machines for the U.S. Census, and Thomas J. Watson of the National Cash Register Company. Between 1920 and 1940, IBM grew from being the smallest of the four office machine companies to the largest and most profitable, largely thanks to the signing of the Social Security Act in 1935, which created the need, on the federal level, for a permanent and cumulative record of every single person in the workforce, and in the private sector a need to keep records of their employees. IBM had warehouses full of tabulating machines, left over from its origin as the Computing Tabulating and Recording Company, capable of taking on this effort, and were producing between five and ten million punch cards for their machines every day. 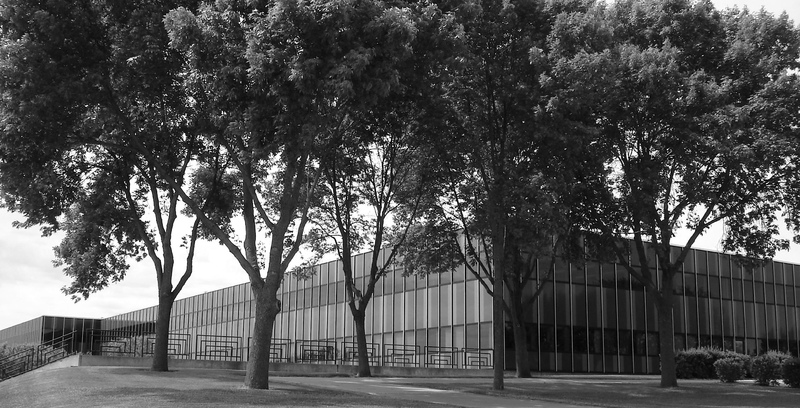 Its early efforts in electronic digital computing, such as the Automatic Sequence Controlled Calculator, also called the Harvard Mark I (1944), and the Selective Sequence Electronic Calculator (1948) were glorified electromechanical calculating machines. However, the IBM 701 (labelled the Dense Calculator, 1953) with its memory and calculating circuits and stored program, was certainly a state-of-the-art digital computer. In 1954, IBM landed the contract to build 52 of the Semi-Automatic Ground Environment, or SAGE computers for the navy. SAGE was so massive that each of the 26 computers took up an entire 22,500 sq.-ft floor of a four-story windowless concrete building, with necessary air conditioning and communications equipment taking up an entire other floor. The first SAGE center was scanning for Soviet bomber flights in 1959, but by the time the entire system was complete in 1963, the Soviets had switched to much faster aircraft, which rendered the comparatively slow aircraft detection of SAGE obsolete. 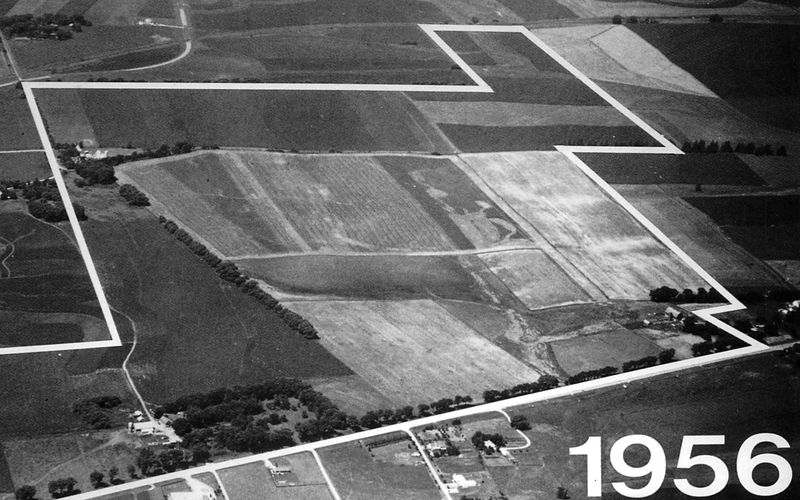 Figure 6.3. IBM built its new facility on the outskirts of Rochester, Minnesota, in 1956, where previously farmers fields had existed for several generations.

In the midst of the vibrant and expanding punch card industry left over from their origin in tabulating machines, IBM decided to open a new facility in the Midwest, with Madison, WI and Rochester, MN being the two finalists. While Madison had a larger labor market, it also had labor unions, and this ultimately seems to have tipped the scales in favor of Rochester, and in February 1956, IBM announced it would be purchasing 397 acres of farmland just two miles from the city center. The early products coming out of the Rochester facility (1956), were mainly numeric collators, reproducing punches, ticket converters, and other products that were mainly used for punch-card tabulation. They quickly became known for their manufacturing, and product design and engineering though, and by 1958 Rochester had modified existing IBM products to create two new models of card collators. 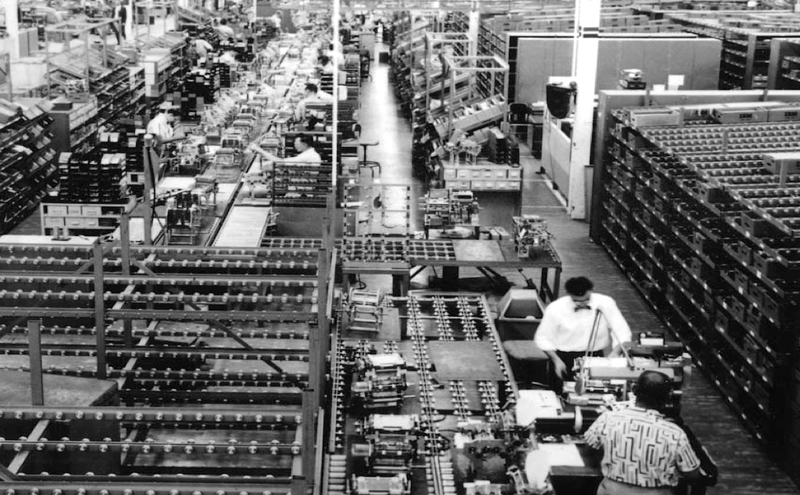 Figure 6.4. IBM Rochester first gained fame for its modern and efficient assembly line (here circa 1960) as well as its development of new lines of computers.

In 1961, Francis Fairchild was named the first manager of the Rochester Development Lab, which worked closely with manufacturing. Under Fairchild, they achieved an "integrated assembly line" that cut costs by around 20% simply through streamlined handling of parts and materials, and worked to redesign machines that were based on vacuum tubes and electromechanical relays to instead employ solid-state electronics and magnetic-core memories, leading Rochester to become IBM's lead manufacturing site for over two dozen models. One of the significant and profitable achievements to come out of Rochester was a line of mid-range (what others might call mini) computers designed to work with IBM's System /360 operating system. Unfortunately, even the smallest of the /360 family was larger and more expensive than the minicomputers being made at DEC or Data General, so in 1969 IBM launched the entirely Rochester-developed System /3, which used integrated circuits rather than transistor-based modules, used no punch-cards in its programming, and could be rented for $1000 a month, less than half the cost of the smallest System /360. 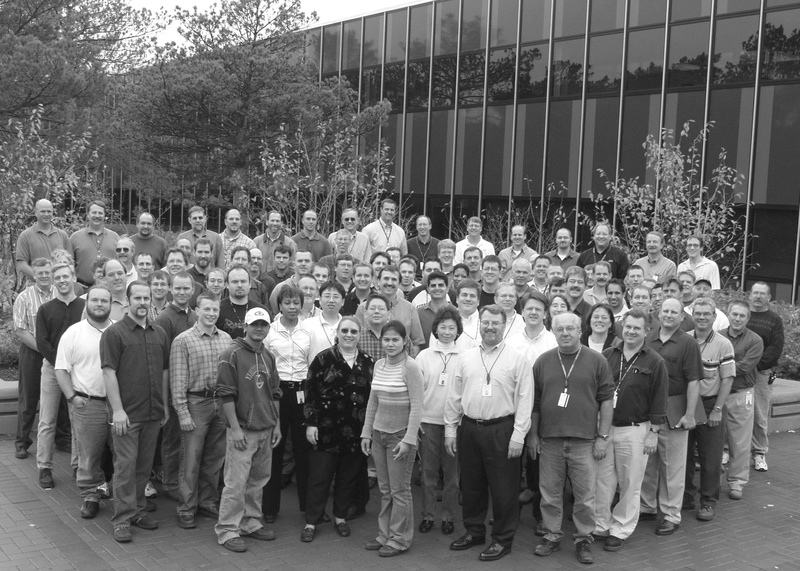 Figure 6.7. Blue Gene development team at IBM Rochester, circa 2004. This group was responsible for the design, development, and testing of Blue Gene and manufactured sixty-four "racks" for Lawrence Livermore National Laboratory.

By the early 1980s, there was a jumbled total of five different product lines coming out of IBM, that didn't share applications, didn't interconnect, and could barely communicate with each other, a marketing nightmare in short. In an effort to better organize these lines of mid-range products, IBM convened a project known as Fort Knox (1982-85), a distributed, multi-site effort to design a single mid-range computer to replace the confusing jumble of many options, but the effort ended up a failure due to attempts to promise "all things to all people." Silverlake was launched in 1985 as a successor to Fort Knox, and it remains unclear whether IBM's top management knew of, let alone approved, this Rochester-based project. A total of five thousand people, split roughly in half between manufacturing and development, aimed at creating a new product in just two-years, a tall order considering they would need to build six different computers and a new operating system with seven million lines of code. 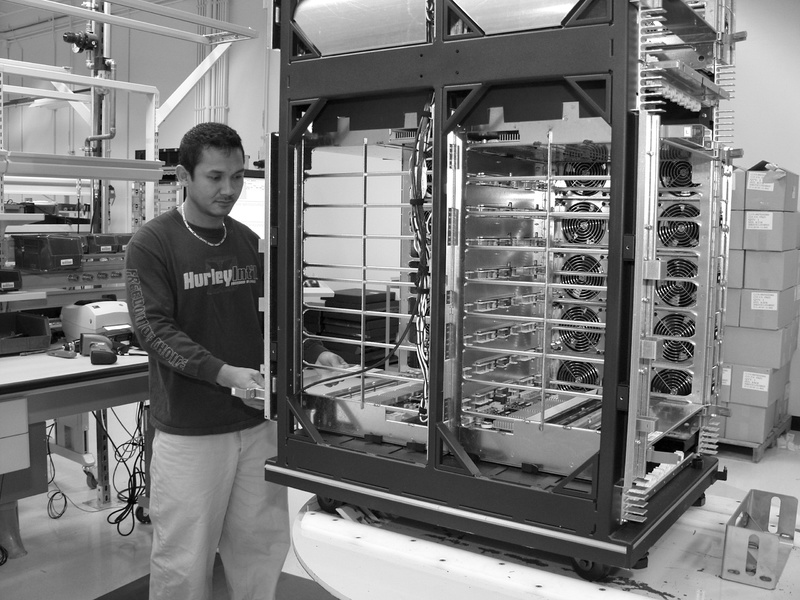 Figure 6.8. Hand assembly of one "rack" of Blue Gene /L at IBM Rochester, circa 2004. Supercomputers ever since Seymour Cray's were a mix of high-tech engineering and one-at-a-time craft assembly.

A break from tradition accompanied this initiative, with the focus on consumers shifting from the largest customers (government agencies and Boeing often got more attention while concerns from smaller customers were pushed aside) to new practices like segmentation, targeting, and positioning that helped identify customer bases, their uses for computers and reasons for purchase, as well as hypothetical needs. As well as this new conscious focus on consumer needs, software was a prime concern for what would become the AS/ 400. Combining System /36's large portfolio of applications and wide range of connectivity with 38's support for programmer productivity, IBM Rochester was able to create the Report Program Generator III (successor to RPG I and II), a step away from punch-cards, and in effect a major programming language such as FORTRAN. 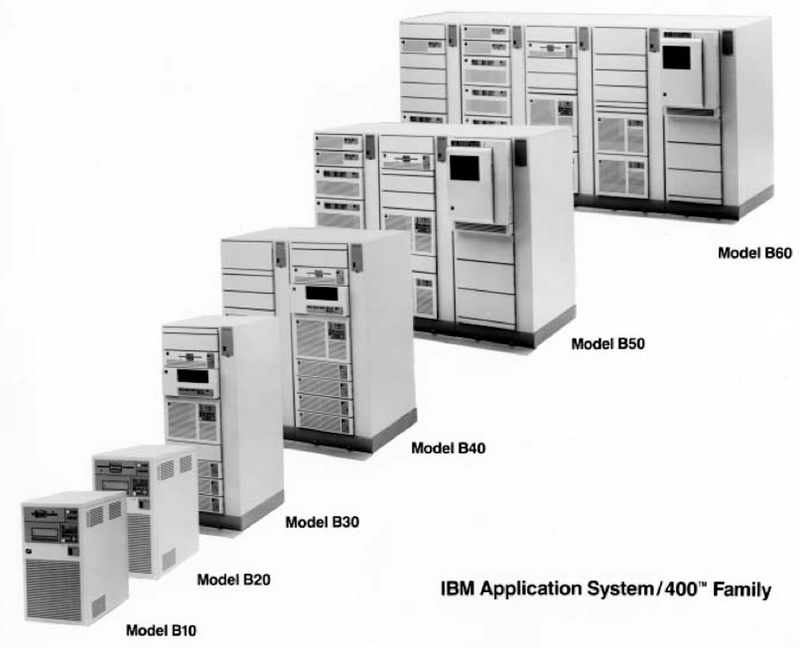 Due to the compressed timeframe, AS /400 could not go through IBM's usual two-pass development process, and engineers instead relied on extensive computer-modelling to produce a highly reliable prototype of the hardware, pretty much straight off the drawing board. This prototype was passed directly to manufacturing to create 40 copies, and programming began immediately. While still in the process of writing the software and stabilizing the hardware, IBM invited several hundred targeted customers (application programmers, systems engineers, and value-added resellers) who were responsible for 60% of IBM's system sales to attend "customer councils," a huge departure from the IBM standard marketing strategy that called for secrecy until a product was officially launched. This external participation is estimated to have added 100 person-years to the development effort. The AS/ 400 sold an astonishing 400,000 copies, and by 1990 was generating annual revenues of $14 billion. 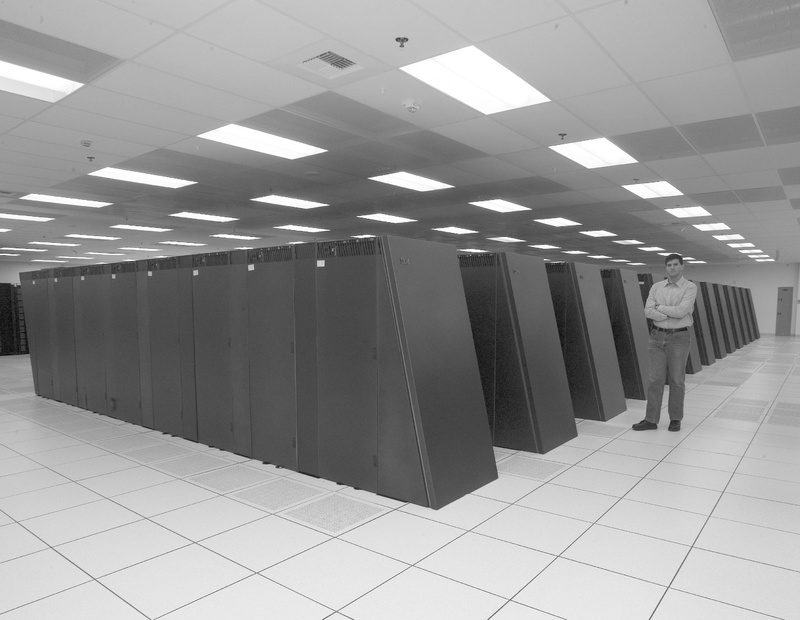 The company saw hard financial times in the early 1990s despite the success of AS /400 and were searching for a new project to turn their engineering talent to. At the time there was a push in the scientific community to model the folding of a protein, a challenge that would require a computer that could work a thousand times faster than existing supercomputers. IBM researchers saw this as an opportunity to achieve a serious scientific milestone by creating a computer with the speed of a petaflop, 1 million megaflops or floating-point operations per second. Additionally, there had been industry-wide concerns about heat death as a result of Moore's Law, or successively smaller and faster semiconductor chips which experienced more and more heat build-up the smaller they got (less surface area means less area to release heat from), since Seymour Cray's first supercomputers three decades ago. IBM got around this by creating an architecture that permitted superfast networking between computing chips so that processors were never idle, and by cutting the energy consumed by each processor, with slower speeds, so that you could simply add additional cooling equipment as you added more racks, or processor cores, hypothetically with no physical limit to the amount of racks you could add to a system. 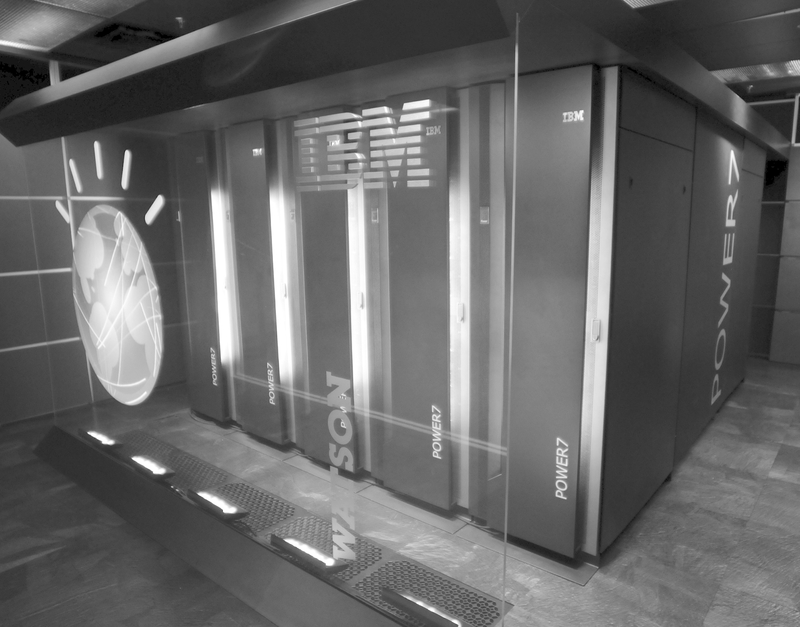 In 2002, Livermore Laboratory signed a contract to purchase the first 64 racks of the Blue Gene (afterwards called Blue Gene /L, in recognition) supercomputer, which helped defray the cost of development. Livermore Laboratory also added key physical characteristics to the development process, such as height, weight, and ability to pass through a door. The first four racks were set aside and wired together they formed the 11th fastest supercomputer in the world on their own. Tests were scheduled on them around the clock for every single component and aspect of the overall development for two years. By the summer of 2004, testing was mostly completed but the development engineers requested three more months to ensure the machines stability and finalize the software. They were given three days, in order to meet the deadline for Livermore Laboratory to be in the running for the Top 500 list of the world's fastest supercomputers. The full 64 rack array was never assembled at Rochester but was shipped in installments and wired together at Livermore. Among its other achievements in computing, IBM Rochester can be credited with a string of superfast gaming chips found in the PlayStation 3, Xbox 360, and the Nintendo Wii and WiiU. They are also responsible for the Watson supercomputer that stole the show on Jeopardy! in 2011.