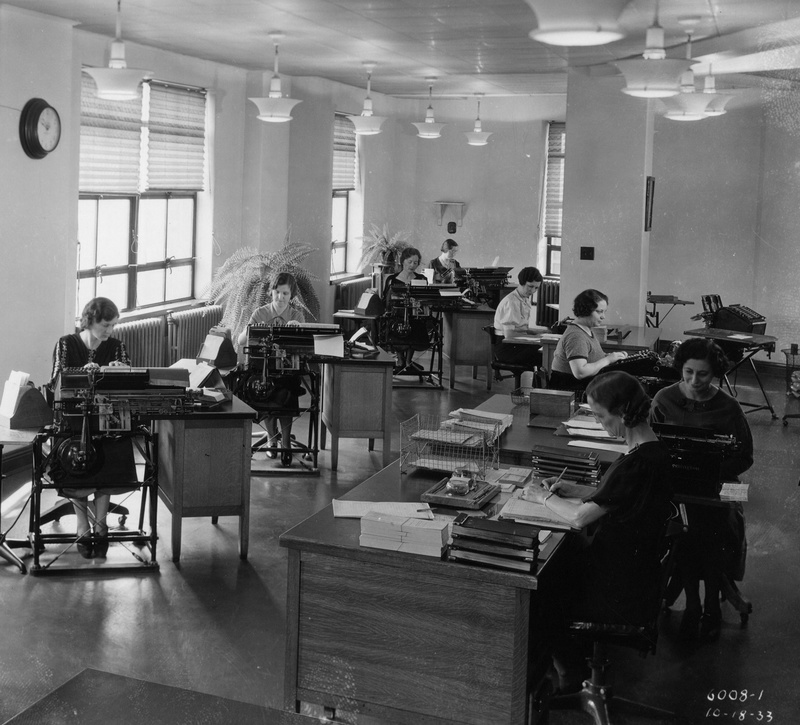 Figure 2.10. The office-machines business of Remington Rand, before 1940. The woman at the right has a Remington typewriter. ERA's engineers and managers often mocked Remington Rand as "the typewriter people."

The Univac division of Remington Rand was comprised of the Eckert-Mauchly company located in Philadelphia and ERA in St. Paul, the two largest computer companies at the time. Remington Rand was mainly known at the time for producing typewriters. Eckert and Mauchly are most well known for their creation of ENIAC, but due to financial problems they ended up giving the patent, which would later be highly contested, to Univac. Univac was the generic term being used for computers at the time, but it was a serious symbolic blow to ERA to have their organization absorbed and practically erased, with some historians going so far as to retroactively re-brand early ERA computers such as the ERA 1101 as the Univac 1101. In 1955, the company merged with Sperry, a military technology company. For a while, Sperry Rand Univac was in a singular position within the computer industry, with little to no competition (that is until IBM started to break into the market). Within a few years, Univac employed 10,000 Minnesotans and made computers that could reliably network Naval battleships and safely guide commercial and military aircraft. 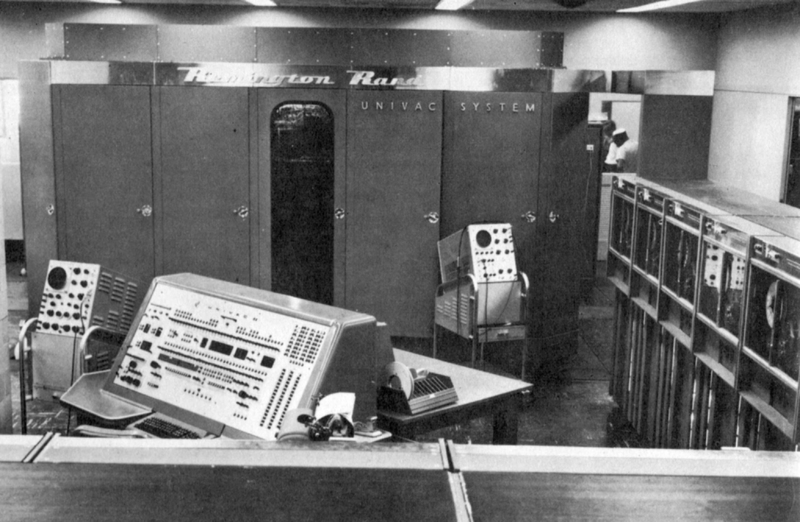 figure 3.2. St. Paul was assigned the engineering for the second-generation Univac II, an expensive transistor-tube hybrid that failed in the commercial market. Here is an installation at the U.S. Navy Electronics Supply Office in Great LAkes, Illinois, 1961.

However, there was serious disharmony within the computing division, with more time being focused on the manufacturing arms of the division in Philadelphia than the engineering side in St. Paul. When it came to the Univac II, a commission from the Lawrence Livermore Laboratory for a transistor-based computer that would become the LARC (Livermore Advanced Research Computer, briefly the fastest computer in the world until the advent of the IBM 7030 Stretch). Budgets for all projects in St. Paul were slashed in order to fund LARC/Univac II, which ended up being a rather slow and already outdated piece of equipment once it hit the market. A total of 29 units were sold before it was withdrawn. This however paved way for the ERA/Univac 1103 to be approved for manufacture. The former ERA site in St. Paul was not conducive to manufacturing, so managers had to oversee and coordinate the delivery of thousands of components and hundreds of workers in Philadelphia. After successfully creating a device to make electrical adjustments to airplane antennas for the airforce in 1953, the antenna coupler rapidly became a standard piece of equipment and by 1957 they were responsible for 38% of Univac St Paul's sales volume and 88% of their profits that year. The money from these antenna couplers allowed for the creation of a new manufacturing plant on St. Paul's West Seventh Street, which would employ 3000 new workers and account for a payroll of $22 million, comparable at the time to Ford and 3M. 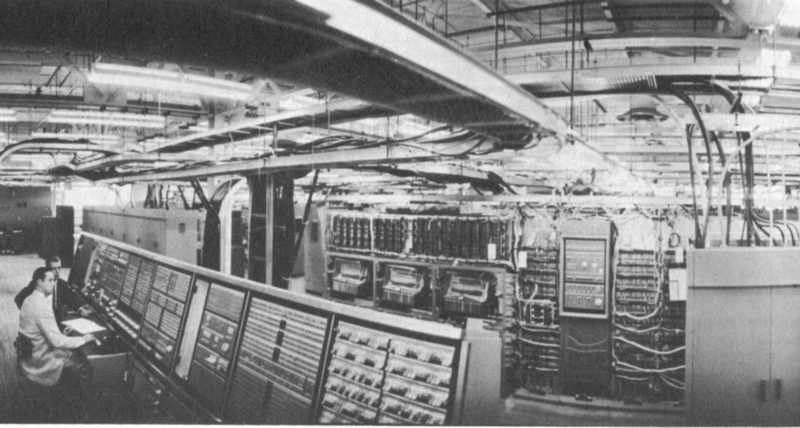 Figure 3.5. The mammoth SAGE computer (circa 1961) required fifty-five thousand vacuum tubes. Univac engineers built a transistprized substitute for it with the NTDS system.

The most significant military contribution to come out of Univac St. Paul was the Naval Tactical Data System, or NTDS. Not only physically smaller and cheaper to produce than its air force counterpart SAGE (each of the 23 computers linked together to form SAGE took up 22,500 feet or one floor of a four-story concrete building, and the total price tag is estimated to be around $8 billion dollars of 1964 money), NTDS was also just as fast and accurate, and played a key role in making Minnesota the navy's top choice for high-reliability computers for decades to come. NTDS was a departure from other computers at the time because of the use of direct memory-to-memory communication between units, the relatively small number of lines of instruction (some have called this the beginning of Reduced Instruction Set Computing or RISC), and because the units were designed from the beginning to work in tandem, rather than SAGE units which worked in pairs (one would take over if the other failed, up until 1961 the standard time without failure was 13 hours max). Additionally, this type of real-time system of computation had never been attempted before, not least on a moving ship tracking moving targets (the SAGE computers were stationary on land). 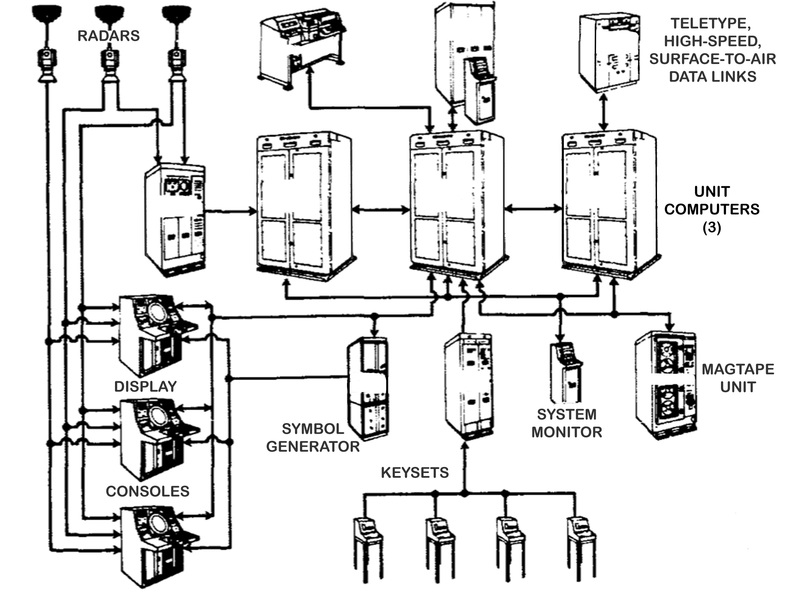 Figure 3.10. Univac NTDS system configuration, 1961. The NTDS computer was designed "to remove from the [human] operator, to the maximum practicable extent, tiring and repetitive operations in order to concentrate his effort in areas requiring judgement and experience."

By 1968, Univac was spending roughly $120 million on payroll, purchases, and taxes, and employed a staggering 10,500 people in the Twin Cities area alone. With the incredibly reliable NTDS having proven itself in the Vietnam war, Univac was encouraged by the Navy to bid for civilian air-traffic control contracts. They tested the first NTDS-derived ARTS (Automated Radar Tracking System) computer in Atlanta, by 1969 they had won a contract from the FAA to install in 63 additional cities over the next 6 years. 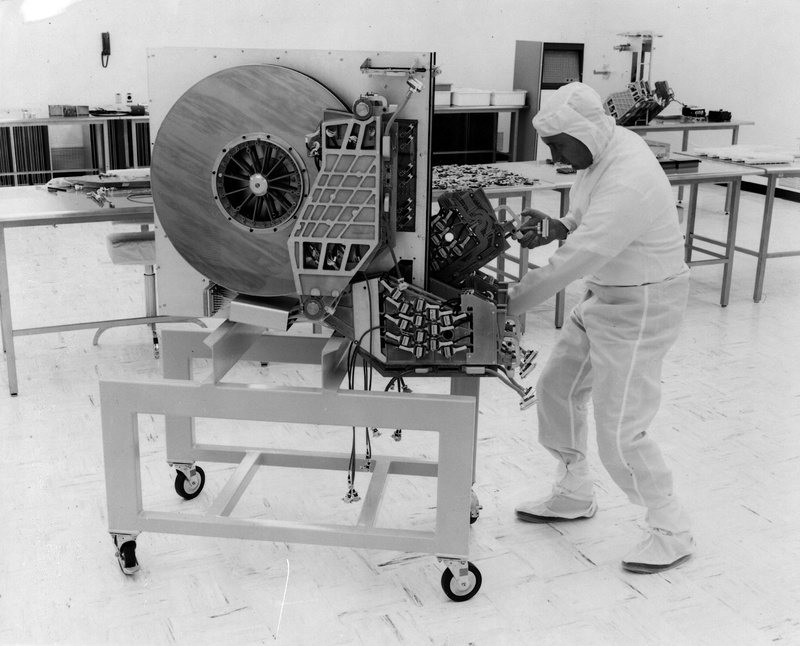 Figure 3.14. Disk file stoage assembly in clean room, circa 1962. High-tech manufacturing gained a reputation for being especially "clean" with such facilities.

Univac was also largely responsible for the revolution in quality that overtook the computing industry starting in the 1960s. Quality control experts at Univac used jewelers tools, dental x-rays, and microphotography to slice open thousands of individual transistors, finding inside them human hair, dead bugs, random pieces of metal, and worse. This photographic evidence could not be swept aside as random failure, and the semiconductor industry began instituting closer control of the manufacturing processes, which eventually led to the sterile "clean rooms."