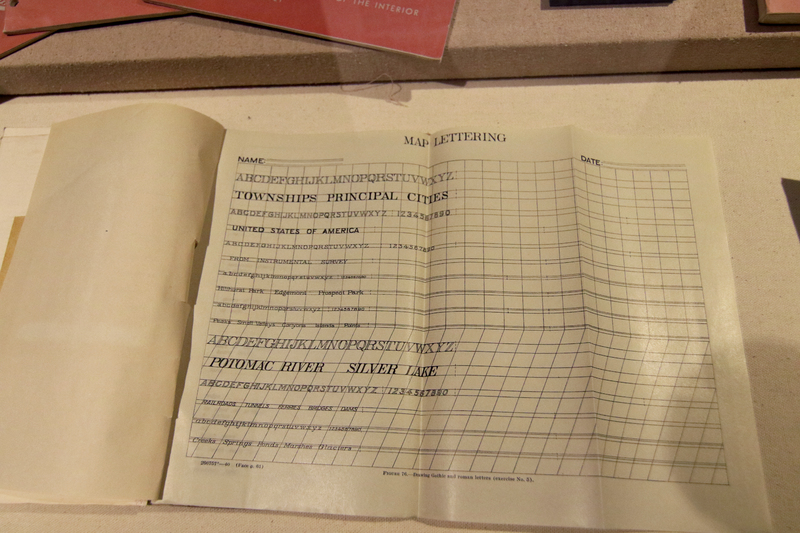 Even though mapmaking was heavily steeped in mathematics, it also embodied an artistic quality.  Drafting technicians would use a variety of tools and utensils associated with artistic work to create maps after the surveyor or topographer had finished their data collection and calculations.  These tools included objects such as stencils, lettering guides (left), and curvature guides, among others. 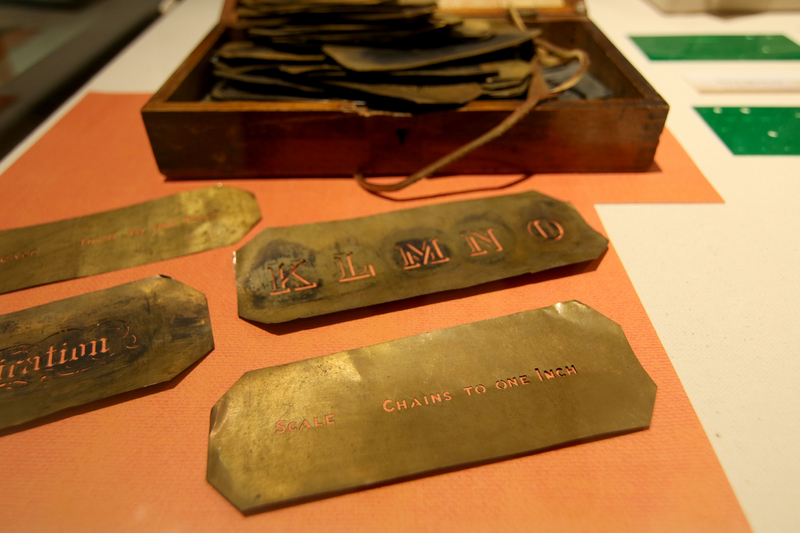 Stencils (right) were important for ensuring placement and size of letters or shapes, fonts, and uniformity between maps.  These could be highly stylized and intricate or quite simple and unembellished depending on the purpose of the map, prominence of an individual word, or the needed placement of a letter or word.  Other stencils were used for shapes on a map such as highway signs, railroad markings, buildings, and other cultural features. Stencils were even used to simply create decorative features to accentuate the title of the map or to create an ornamental border. 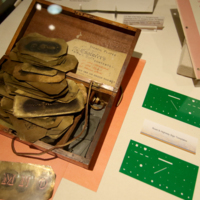 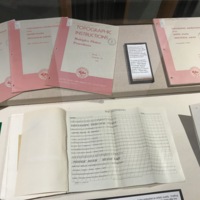 Another component of the map that required uniformity was curvature, especially of railways.  Sets of railway curves included individual curves for every radius degree possible for a train track.  Sets were made of wood and, more recently, acrylic.