“Mississippi,” derived from the French rendering of the Ojibwe name for the river, means “great river” or “gathering of waters." For thousands of years, Native Americans used the Mississippi and its tributaries for transportation and fishing. Native villages dotted the shores of the River’s entire 2,348-mile length, according to seventeenth-century accounts by European explorers.

Long before Europeans encountered the Mississippi, the city of Cahokia, near present-day St. Louis, was a thriving metropolis along the River between A.D. 800-1300. Cahokians built huge mounds as platforms for ceremonial buildings and residences, and they used dugout canoes to transport large quantities of goods as far north as Wisconsin.

The images on this page depict three native peoples (the Ottigaumie, Naudowessie, and Natchez) who inhabited the Mississippi River Valley in the present-day states of Wisconsin, Minnesota, and Mississippi. 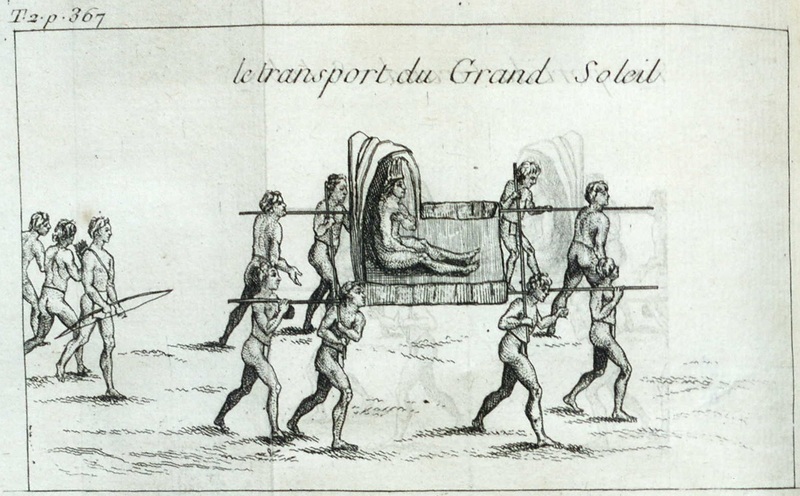 ← The River
The Spanish →
The Native Americans