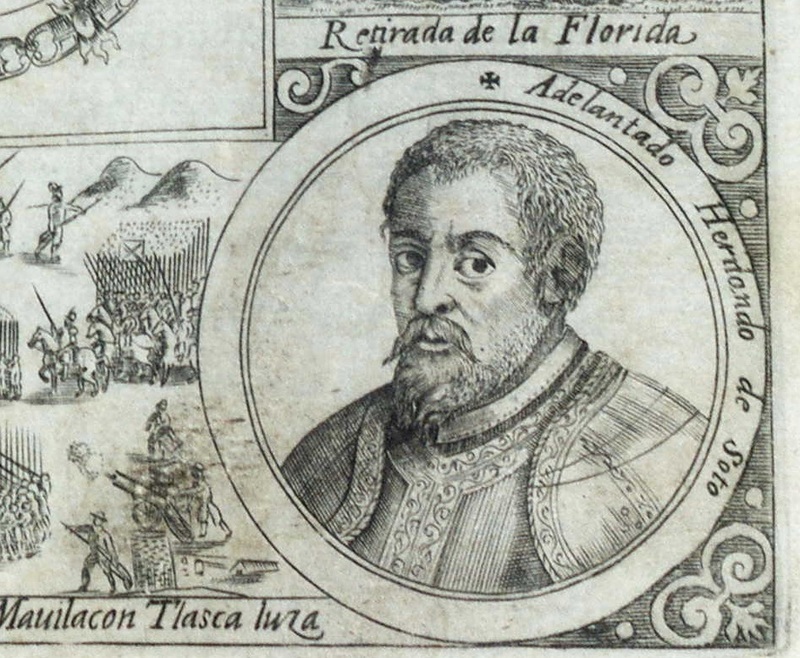 Hernando de Soto. A member of his expedition in 1541 recorded the first known description of the Mississippi.

The Spanish were the first Europeans to explore the Mississippi River’s southern reaches between the Gulf of Mexico and the Arkansas River. Difficult to access from the Gulf and dangerous to navigate, the Mississippi remained a mystery to mapmakers even long after Spanish sailors reported a reasonably accurate description of the Gulf Coast.

In 1541, after traveling overland from Florida in search of precious metals and a passage to Asia, Hernando de Soto reached the Mississippi River near present-day Memphis. He named it “Río del Espíritu Santo,” or "River of the Holy Spirit.” A member of the expedition recorded the earliest known description of the River, remarking on its strong current and muddy water. But crossing the River required building boats, an unwelcome delay. After completing the crossing, de Soto found no gold—only hostile Indians and disease-ridden swamps.

Hoping to secure help from Cuba, de Soto and his men were 300 miles from the Gulf of Mexico when de Soto became too ill to continue. By then, nearly half of the expedition members had died or disappeared. In March 1542, ten months after finding the Mississippi, de Soto died. The survivors of the expedition wandered southward for a year and a half before reaching Mexico to tell their story.

The Spanish claimed all of the territory west of the Mississippi River, retaining nominal control of the River itself but leaving the wilderness largely to the Indians until the French discovered the River’s northern reaches in the late seventeenth century.

← The Native Americans
The French →
The Spanish