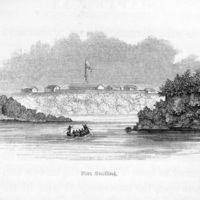 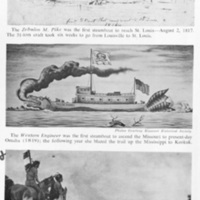 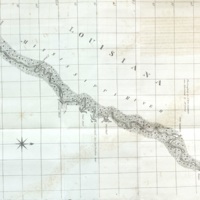 The Mississippi River from the Arkansas River to the Ohio River. In: The journal of Andrew Ellicott… (Philadelphia, 1803). Bell 1803 El 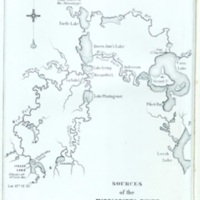 Sources of the Mississippi River. In: Schoolcraft, Summary narrative of an exploratory expedition… (Philadelphia, 1855). Bell 1855 Sc

In 1796, George Washington appointed Andrew Ellicott to survey the border with Spanish Florida. Ellicott worked together with Spanish commissioners, and, in 1803, he published his journal, which included maps of the Mississippi River.

Even after the advent of the steamboat, and several decades of surveying and development, parts of the Mississippi River Valley remained pristine. In 1854, Canadian adventurer Laurence Oliphant traveled the upper Mississippi and described the Minnesota territory as largely wilderness, noting that the Indians cultivated wild rice in the River’s tributaries.2

← The British
Bibliography →
The United States