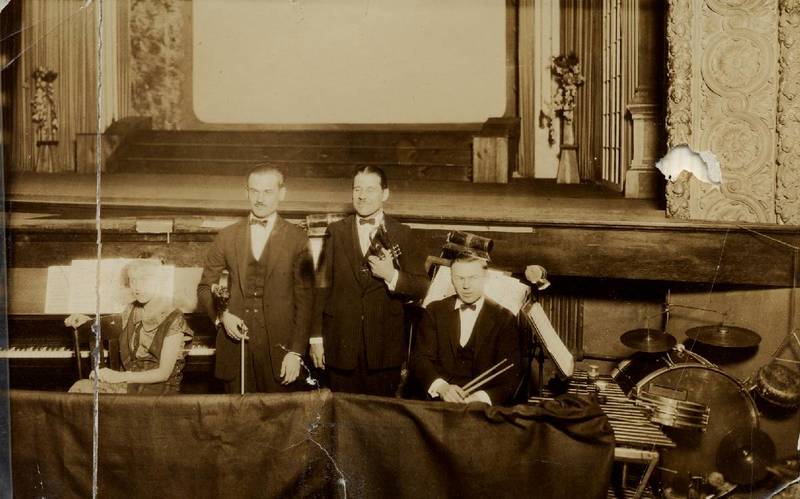 “Music, always an important feature in the lives of Minnesota’s Finns, was initially performed in homes and churches. Familiar folk songs, often accompanied by an accordion or a violin or occasionally a kantele (Finland’s national instrument), also became part of the musical repertoire. During the 1890s, community choirs and brass bands – typically sponsored by church, temperance, or workers’ organizations and appealing to Finns and non-Finns alike – appeared in many communities, although dances in Finnish halls typically served as the most important social events.” 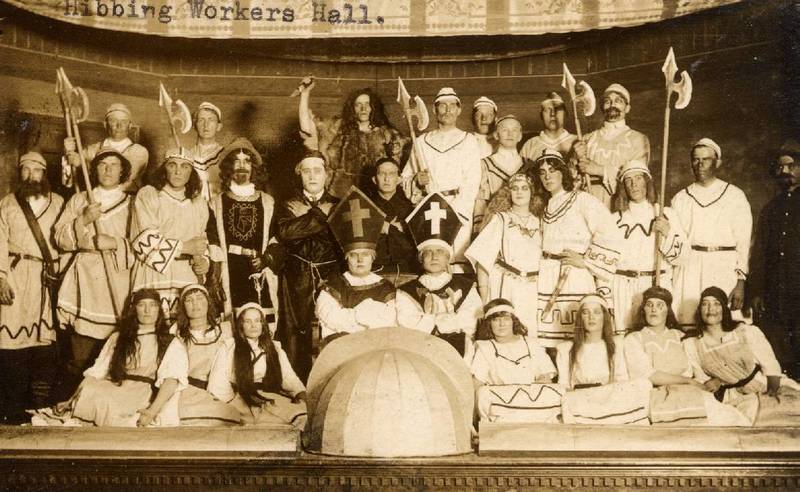 Members of the Hibbing Workers Hall. The men and women are wearing a variety of theatrical costumes, 1910s.

In 1989, a collection of Finnish American writing was published in Minneapolis under the title Sampo: The Magic Mill. In an article written five years later, Michael Karni, one of the editors of Sampo, notes that “there is nothing structural in the volume that is specifically Finnish. Despite their highly inflected language and consequent potential for subtlety, you cannot say that in Sampo you will see how Finns write stories, poems or memoirs. But the voices in the poems or the characters in the stories collectively exhibit the traits of a community of Finns.” 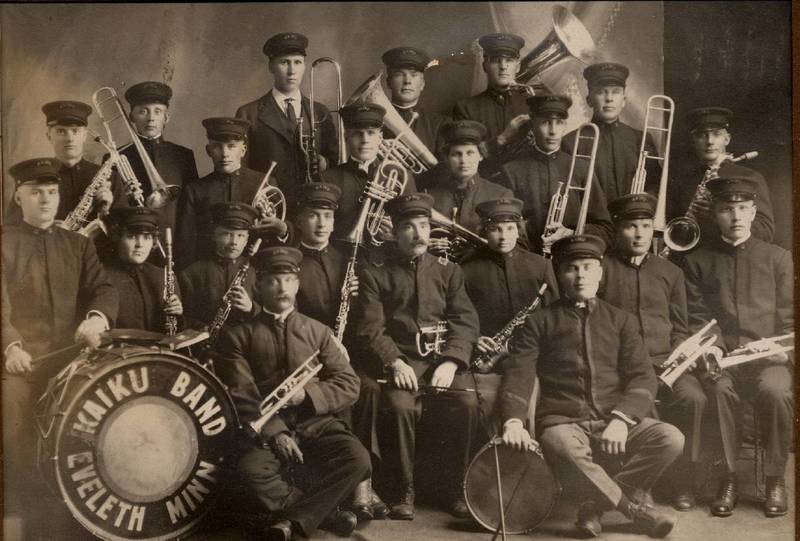 “To understand Finnish-American theatrical activity, one must understand its relationship to Finnish-American associational life. Within any Finnish community there was no one representative community theatre in which all interested Finns participated. Rather, there were usually several organizations which represented different aspects of the ethnic community and each had its own theatre.” 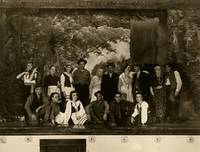 ← About the Exhibit
Cooperatives →
Arts