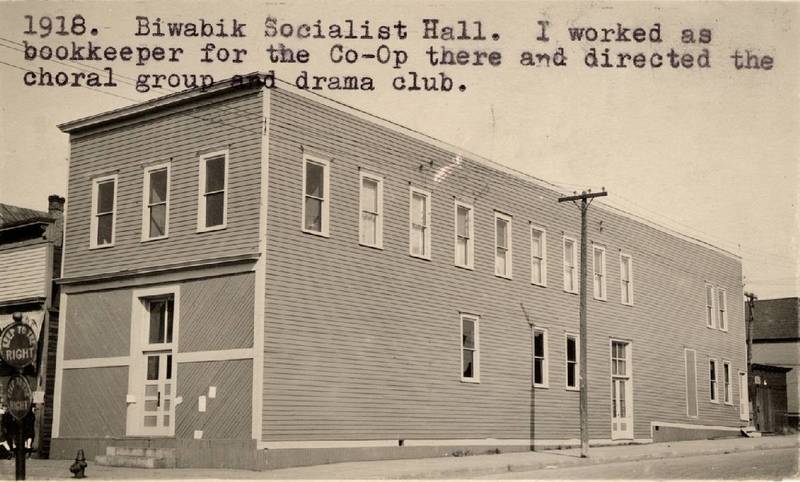 Retail cooperatives in Finnish Minnesota were economic ventures clearly tied to worldwide movements with social and political aspects.  As told in the autobiographical The Story of the Virginia Co-operative Society through 30 Years of Progress (1939):  "The co-operative store is not just another store.  It is the result of co-operative action of many consumers for common purposes; it is a part of a movement which covers the whole of life.  A co-operative is formed primarily to serve its members, but at the same time it is a unit of the cooperative movement for the purpose to do away with all exploitation in production and distribution.  It is a medium for economic, social and cultural development." 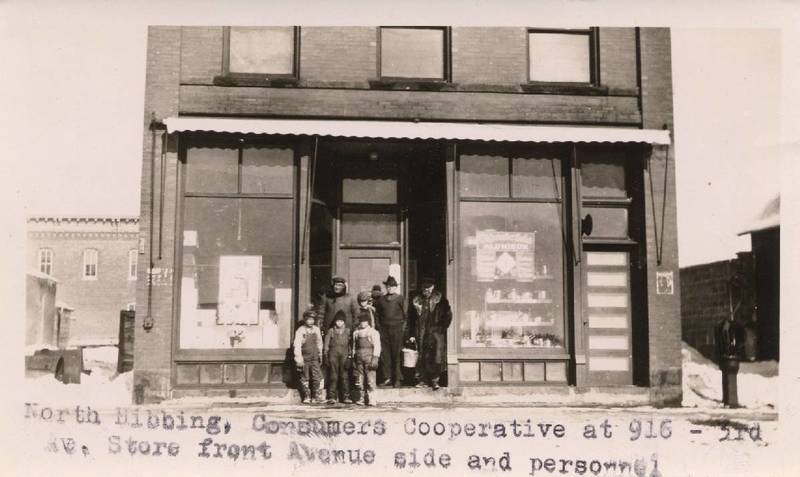 The Consumers Cooperative in North Hibbing, 1924.

Author John Ilmari Kolehmainen provided details in 1944 showing the strength of cooperatives in Minnesota. "In 1914 there were....sixteen co-operatives incorporated on the Rochdale [England] plan, all but two of which were clearly Finnish in origin and management; by 1941 the total number of Minnesota societies affiliated with the Superior Central Co-operative Wholesale was sixty-eight, of which at least forty-five trace back to Finnish initiative and foresight. The local associations, too, showed a remarkable capacity for growth. The Orr Farmers' Cooperative, for example, started as a small buying club in 1919; in 1941 its volume of business topped $154,000." That's $2,440,000 in today's money.

As these selected photographs show, the 20th-century cooperative experience in Minnesota involved education, training, culture, socializing, and of course, farming, economics, and business. 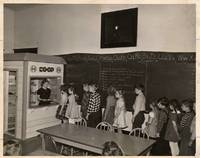 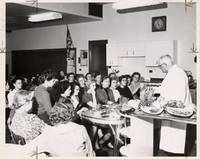 Attending a Central Cooperative, Inc. (CCI) produce school in Duluth in the 1950s.