Portrait of a miner.

The Iron Range district in Minnesota comprises the Vermilion, the Mesabi, and the Cuyuna ranges. Finns populated these regions heavily, contributing significantly to America’s supply of iron ore.

“The opening of the Vermilion and Mesabi ranges was shortly followed by Finnish settlement in many mining town and villages, among them Tower and Soudan in 1885, Ely in 1887, Hibbing, Mountain Iron, and Virginia in 1893, and Biwabik and Eveleth in 1894. After the turn of the [20th] century, the vast expanse of St. Louis County’s cutover area was discovered by the Finns; the Palo-Makinen region, for example, was first settled in 1902, and the Brimson-Toimi district, in the years following 1903. By 1920 the total number of Finns in the state had reached 29,108, nearly sixty percent of whom lived in St. Louis County.” 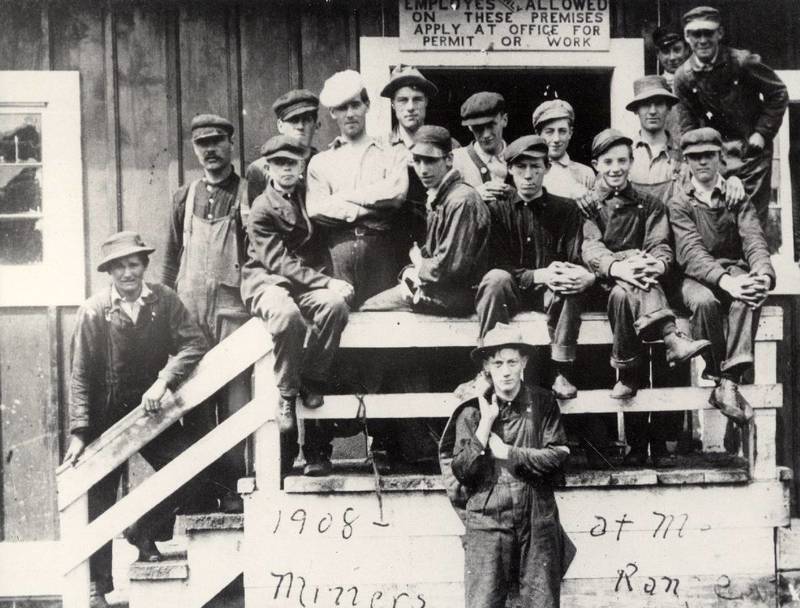 Miners, Mesaba Iron Range, 1908. The back of the photo reads: "at the turn of century everyone worked in the mines, even children."