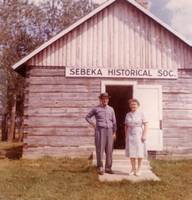 The Hyrkas outside of their childhood schoolhouse in Sebeka, purchased by the Historical Society.

Minnesotans today with Finnish heritage keep their traditions and culture alive by celebrating at cultural festivals like FinnFest USA. FinnFest USA began in Minnesota in 1983 and has taken place annually since then. Arnold Alanen shares in Finns in Minnesota that this festival was modeled after Finnish summer festivals once celebrated in other North American communities, and it now brings modern Finland together with historic and contemporary America. Another venue where you can see Finnish culture exhibited is at the International Institute of Minnesota’s Festival of Nations.

The Finnish language is kept alive in Minnesota by such programs as the Salolampi Finnish Language Village on Turtle River Lake near Bemidji, Minnesota, which is partnered with the Concordia Language Villages. And, at the University of Minnesota, undergraduate students can major in Finnish. 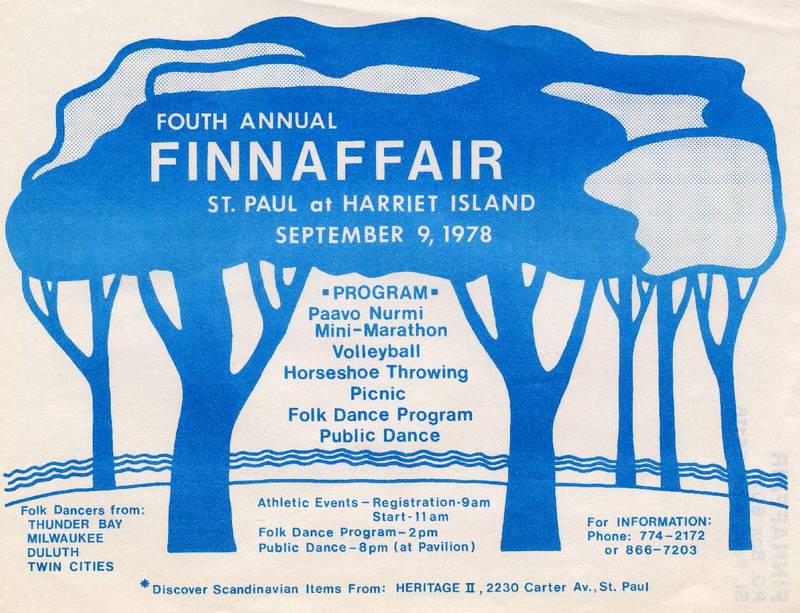