“When religious endeavors roused them, Finns found that they had to work under new conditions in America. As there was no State Church, they discovered the need for new methods. Individuals were free to organize congregations with or without affection for their old church in Finland. Nor, said one pastor, could they rely for religious direction on Finland, where clergymen knew little about America. No one could compel support for churches in America. There were no state enforced tithes or religious tests for incorporating as church bodies. Instead, each congregation had full authority to run its own affairs.” 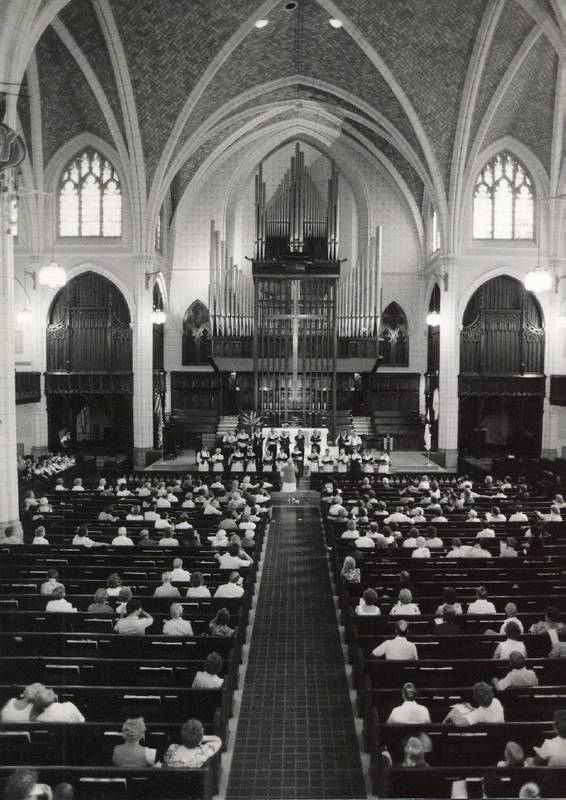 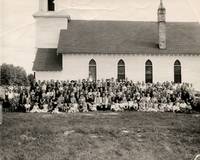 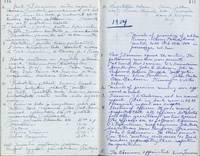 Handwritten minutes for the Mt. Iron-Kinney-Cherry Parish board meeting from the Finnish Evangelical Lutheran (Messiah Lutheran) Church ledger, Mt. Iron. Beginning in 1954 the minutes are written in English instead of Finnish.

The Laestadian (Finnish Apostolic Lutheran) Church established in Finntown of Minneapolis, 1902. Finntown was located between Girard and Penn Avenues on the North Side, south of Glenwood Avenue. (K. Marianne Wargelin -- "Finntown, Minneapolis: An American Neighborhood," in Hennepin County History, Vol. 47, No. 4, p. 9)