”The art ideals of the capitalistic world isolated each artist as in a solitary cell, there to brood and suffer silently and go mad.  We artists of the people will not face Life and Eternity alone.  We will face it among the people”

-Mike Gold, Towards a Proletarian Art 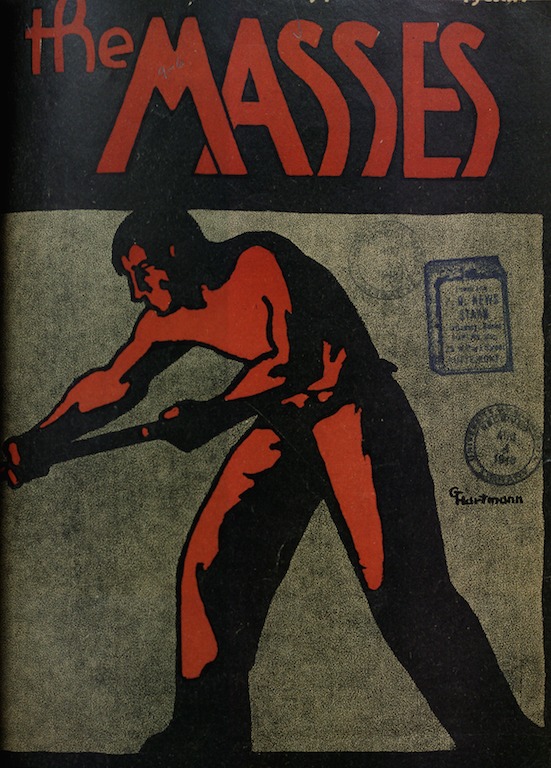 From the early 1900s through the 1930s, there was a plethora of radical press periodicals in the United States.  Many of these magazines used visual arts to grapple with the issues of capitalism and labor.  They were usually politically socialist, communist, or anarchist in nature.  The images in the radical press incessantly critiqued capitalism and often depicted a dichotomized worldview of us vs. them: capitalists as evil and workers as good.  This artwork was called Proletarian Art or Revolutionary Art as it took on the mantle of the inequalities the working class faced.  Labor imagery showed workers as icons of resistance or as victims of oppression.  The artwork included ranged from fine press to political cartoons.  The artists were often called social realists.  Into the 20s and 30s more abstract styles were seen in the magazines such as cubism, Russian constructivism and social surrealism.