“Instead of offering a conflict-free escape from a tumultuous world, zines hold a mirror up to it”

–  Stephen Duncombe, Notes from Underground: Zines and the Politics of Alternative Culture 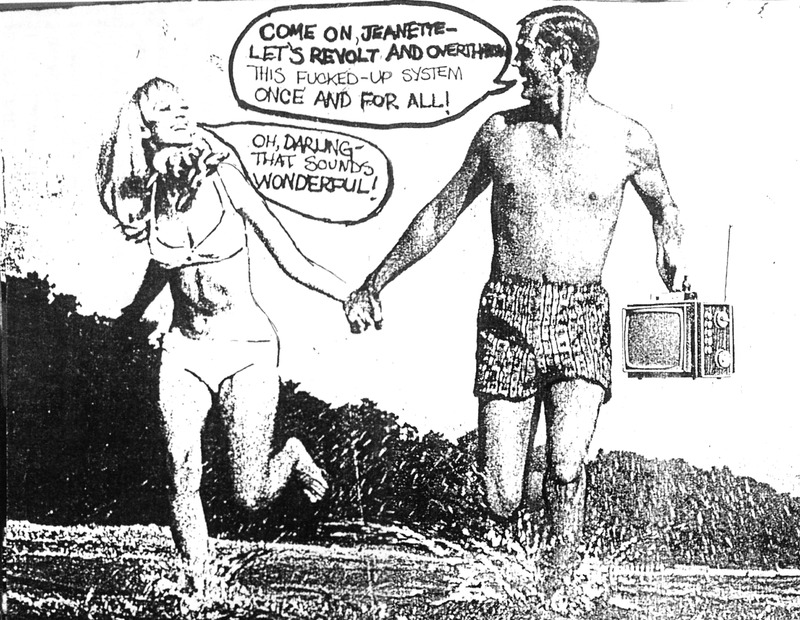 Overthrow this Fucked Up System, Crack the Sidewalk

The term “zine” comes from the word fanzine.  The first amateur fanzine was published in 1930.  These early zines were about science/fantasy fiction and comics.  Zines got a big push in the 1970s with the punk rock music and Do-It-Yourself scene and then exploded in the 1980s. Zines are written by the people.  They are self-published handmade pamphlets that are cut and pasted and photocopied, or digitally created by artists at home.  They are distributed in small shops, bistros, music fests, zine fests and traded with friends.  Zinesters can rant about anything they want and the content can be anything although topics consistently challenge the status quo.  Zines are quirky and frequently remix pop-culture imagery or focus on politics, sexuality, arts and culture.  Some discuss labor and class issues, some are anarchist in nature, and many discuss and critique capitalism.  Often very personal and political in nature, the designs and production of zines vary greatly making each one unique.

“Many within Occupy are either unemployed or precariously employed.  Most describe themselves as fearful that they are one paycheck away from financial disaster and drowning in debt” 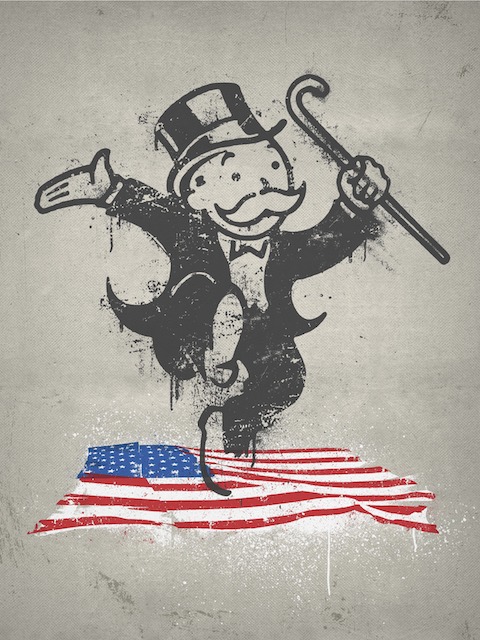 Occupy Wall Street Movement began on September 17, 2011 in NYC’s Financial District in Zuccotti Park, and spread to over 100 US cities. It is a grassroots movement that protests many political issues, mainly, social and economic inequality and the greed and corruption of corporations and Wall Street. The slogan of the movement is “We are the 99%,” which points to the disparity of wealth distribution in which the wealthiest make up 1% of the American population. Members of Occupy Wall Street produced a document titled “Declaration of the Occupation” a list of 23 political issues relevant to the movement. Many deal with labor, inequality, capitalism and wealth, they are directed towards the government and the corporations.