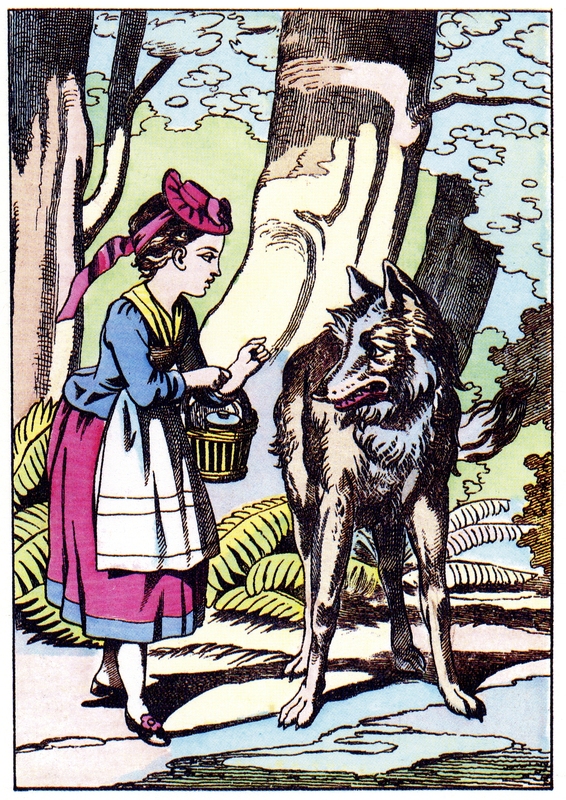 There are many versions of Little Red Riding Hood. Some oral tales date from before Perrault and there have been countless versions since Perrault's was first penned. The story does not always follow the same plot or have the same end. The tale commonly known by people today takes on charateristics of the version written by the Brothers Grimm. If you asked someone to recall the story of Little Red Riding Hood they might retell the story similar to this:

There once was a girl whose Grandmother made her a red cloak, thus she became known as Little Red Riding Hood. One day, when her Grandmother was ill, Little Red went to visit her and take her a basket of goodies. Her mother tells her to stay on the path and not to speak to strangers. Upon meeting a wolf in the woods, she ignores her mother's advice and tells the wolf where she is going. The wolf encourages her to pick flowers and to take the longer path to her Grandmother. The wolf then rushes to Grandmother's house and eats Grandmother whole. When Little Red arrives, the wolf is in bed disguised in Grandmother's clothes. He devours her whole. A nearby huntsman hears the wolf snoring and cuts open his stomach to save Little Red and her Grandmother.