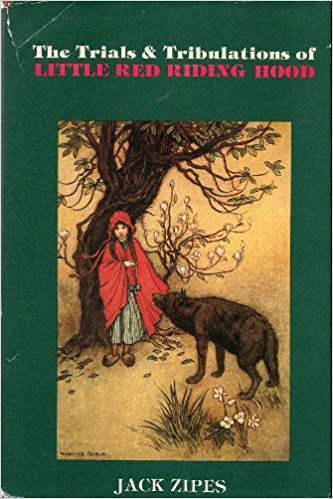 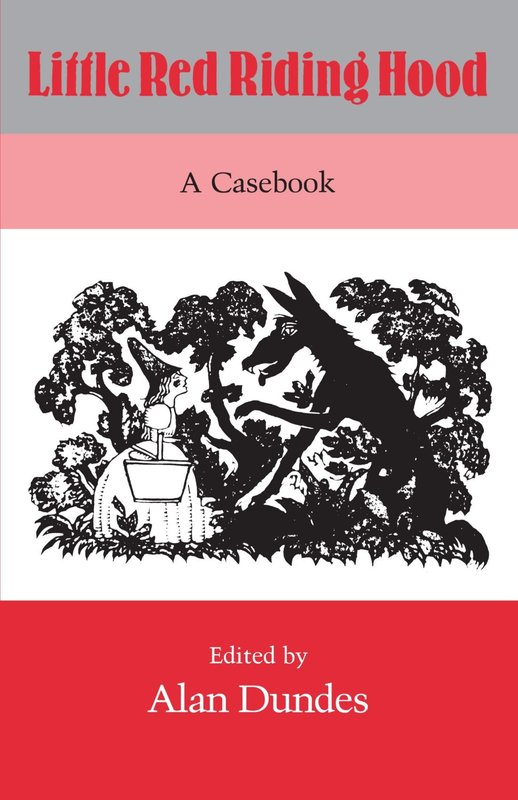 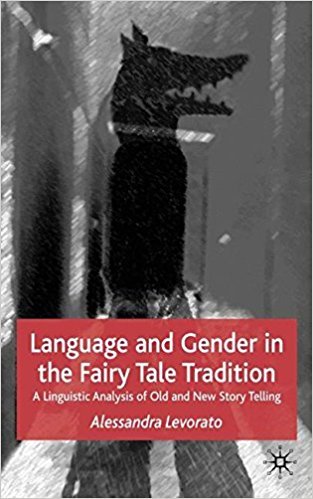 Language and Gender in the Fairy Tale Tradition:  A Linguistic Analysis of Old and New Story Telling. Alessandra Levorato 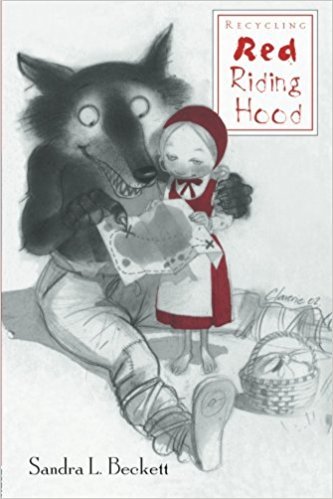 Little Red Riding Hood is the tale of a girl who was sent on a journey to bring goodies to her grandmother and unexpectedly encounters a wolf along the way. The details of her journey to grandmother's, her encounter with the wolf, and what transpires afterward have transformed over time to represent ideals and morals.

The oral tale of Little Red Riding Hood predates Perrault's 1697 version (Levorato, p. 7). Starting in France, Tyrol, and Northern Italy around the 15th century, it lacks many of the characteristics that we associate with what we consider the traditional tale. While it is not as old as some fairy tales, it is part of a group of literature that paved the way for works written and directed specifically towards children as the primary audiences (Zipes, p. 2). The oral tradition is known as "The Story of Grandmother" and is missing the iconic red hood, but it embraces and "celebrates the self-reliance of a young peasant girl" (Zipes, p. 8).

Children's literature as we know it today was relatively unheard of until the 18th century. The relatively recent emergence of childhood literature is due to the absence of the concept of childhood prior to this time (Shavit, pg. 130). Low life expectancy and high mortality rate during the early years of life left little room for what we traditionally think of as childhood (Shavit, pg. 132). When mortality rates decreased, aspects of childhood began to appear, such as education, spaces designed for children, and children's games. Moralists and pedagogues advanced the idea that "innocent children are closer to God" and were different from adults (Shavit, pg. 135). Children needed to be molded in accordance with beliefs and goals away from adult society (Shavit, pg. 136). The concept of childhood had changed and that change is reflected in Little Red Riding Hood.

Perrault modified the tale to fit an upper-class audience, gives her the iconic red hood, and she becomes helpless to the wolf's advances (Zipes, p. 8). It demonstrated the idea of childhood: Little Red was portrayed as naive and gullible, traits that were associated with children. The outcome is unusual for a fairy tale. Perrault's Little Red Riding Hood does not have a happy ending and she does not develop much as a character. The ending is merely a warning intended for a younger audience (Zipes, p.9). This retelling was "reabsorbed into oral tradition" due to its print circulation (Zipes, p.14). The tale was widely read in French, and translated into many languages. The Grimms' modified it to fit the "Victorian image" of acceptable childhood behavior (Zipes, p.14). The ending was modified to give a happy ending; however, Little Red is still unable to outsmart the wolf and is saved by a huntsman. In the added second ending she is still unable to defeat the wolf without the help of her grandmother (Zipes, p. 16).

Little Red Riding Hood, and the stories of Perrault and the Grimms, were crucial to the socialization process. The translations and retellings were standard in education of children from all social classes in Europe and America (Zipes, p. 20). Fairy tales are important for childhood education, how children interpret the world around them, and understand their place in society (Levorato, pg. 149). Fairy tales are created by the society to reflect the values and teach children what is important (Levorato, pg. 147). The text evolves to fit the ideals of society while still drawing on previous stories (pg. 147). Intertextuality is an aspect of literature which a new text  "may assimilate, contradict, [or] ironically echo..." previous versions of the story (Fairlough, 1992, pg. 84, as cited in Levorato, pg. 147). The similarities and difference are able to show the transformation of societal and cultural value (Levorato, pg. 149). New versions may require the reader to have knowledge of an older version to understand it (Levorato, pg. 193). Being aware of the function of fairy tales as a part of the socialization process we can begin to understand how a fairy tale will support our ideal or "be rearranged to counter social values and norms we do not want to support" (Levorato, pg. 150). In Little Red Riding Hood, being an adventurous girl is dangerous (Levorato, pg. 151). Rewritings of the tale are often formed because of a "deep dissatisfaction with the status quo as it is represented..." these authors "realize the potential..." and impact of stories on the socialization process (Levorato, pg. 195).

Just as authors have reworked Little Red Riding Hood in their own voice, illustrators use artistic allusion to reinterpret and re-contextualize the artwork of previous illustrators and artistic masters (Beckett, pg. 40). Many tales are patterned off of Perrault's and the Grimms' versions with familiar motifs sprinkled throughout. New visual narration can be highly provocative, comical, stunning, and even innovative. There is a massive array of visual interpretations offered by illustrators, ranging in medium from charcoal to collage (Beckett, pg. 29). Many well-known children's illustrators have interpreted Little Red Riding Hood with their own distinct style. Anthropomorphism of animals used by many illustrators, common in books for younger children, although not exclusively (Beckett, pg. 30). The power of humor is seen with many modern illustrators and their use of cartoon techniques to deliver a modern take on this tale (Beckett, pg. 34). In non-textual versions, powerful illustrations become even more critical for interpreting the tale.