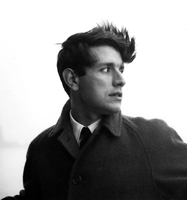 Beni Montresor (1926-2001) was an Italian artist, inspired by his time as set designer in his illustration of many children's books. The framing and aesthetic of his Little Red Riding Hood also reflects his theatrical style. 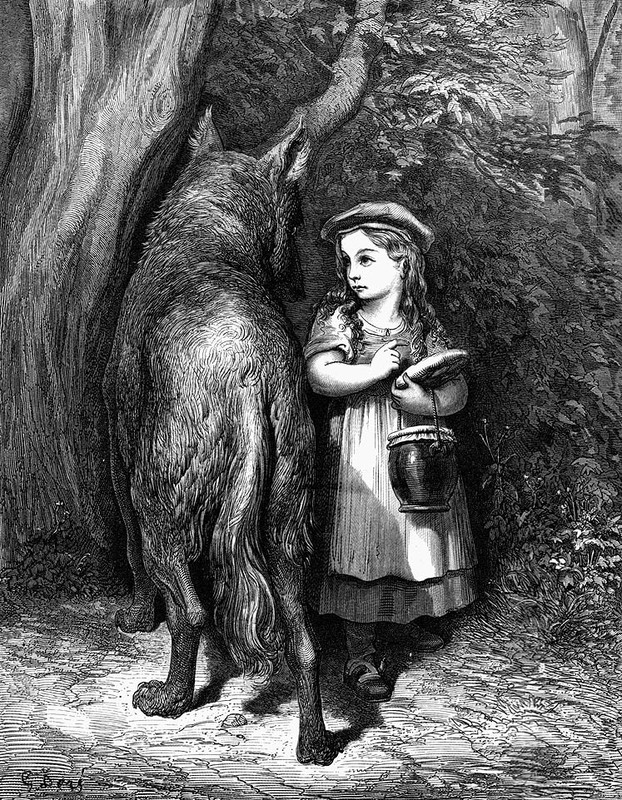 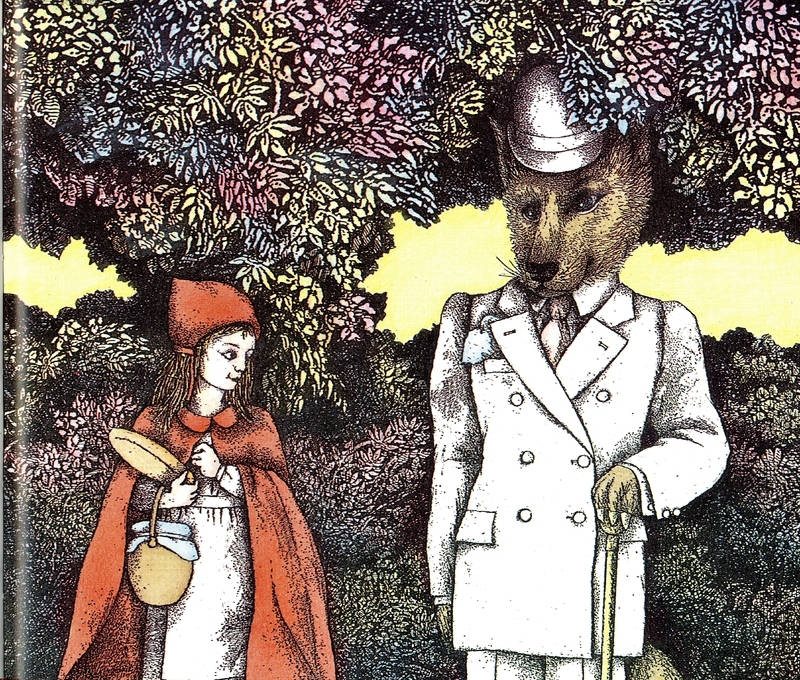 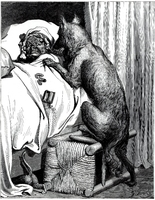 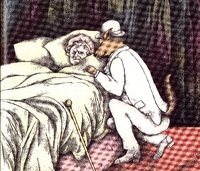 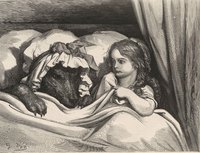 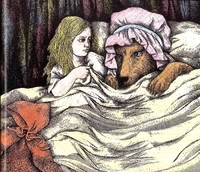 Montresor offers a striking and dramatic interpretation of Little Red's final moments. Here the wolf begins to devour her headfirst. The final frame shows Little Red floating, intact, in the wolf's belly. In the background a silhouette of the hunter can be seen passing the window, leaving the reader to interpret the finale of the story. 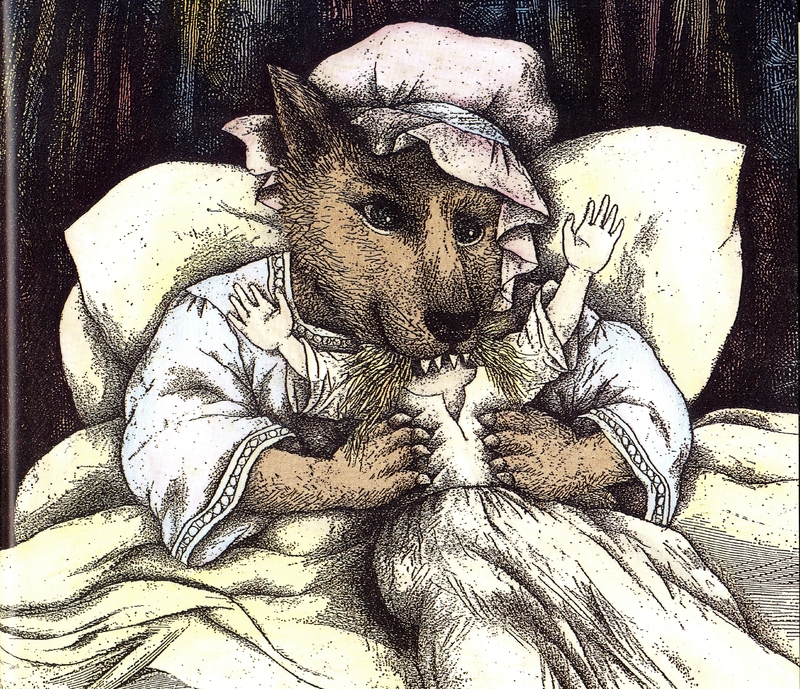 Little Red is devoured by the wolf 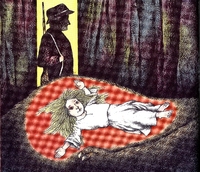 Floating peacefully in the wolf's belly with the hunter's silhouette

The creation of preseprated art was one of the most commonly used processes for illustrating children's books in the twentieth century. This process was also used by Montresor in his illustrations of Little Red Riding Hood. Each image was never originally created as the color illustration that we see on the page. The images were created on four separations of color that were illustrated in black, grey and white. The black and white pages each represent a separate color: magenta, cyan, yellow, or black. These colors would be printed from the pages separately and, when combined in the printing process, the combination of the colors result in the image as it appears on the page. 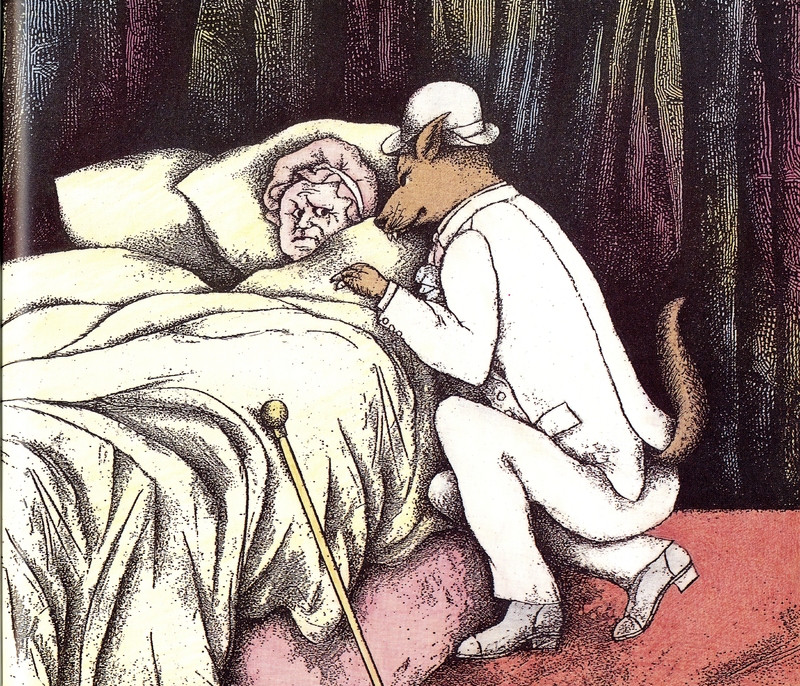 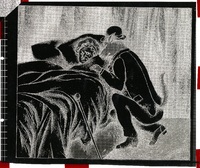 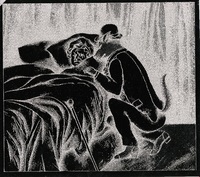 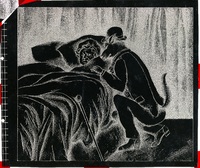 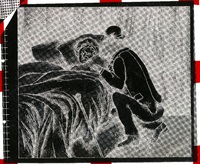 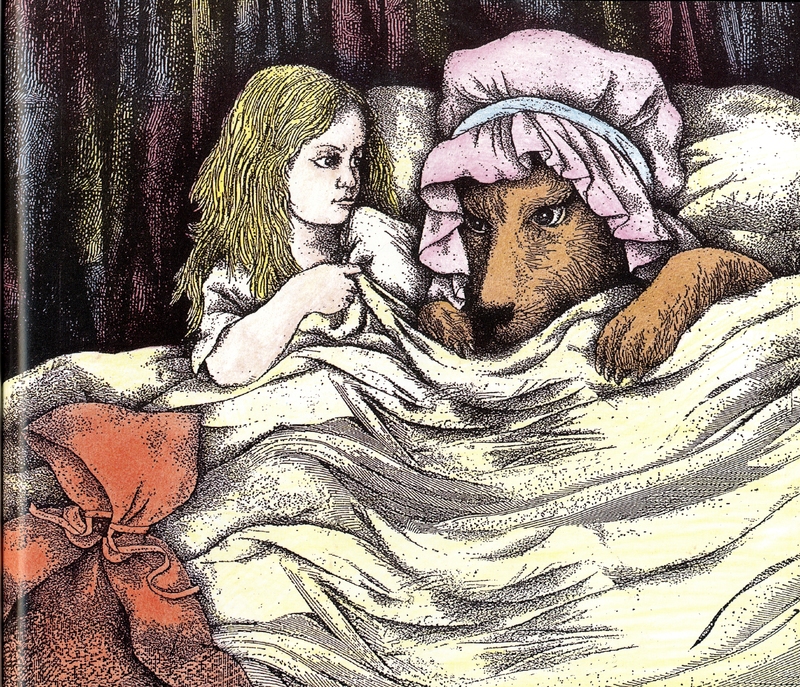 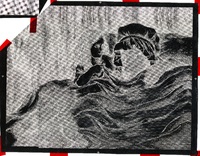 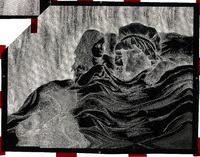 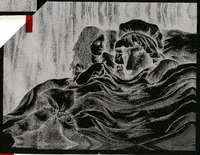 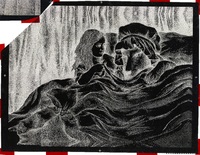 For more information on the process and examples of preserperated art see this exhibit: The Making of Picture Book Illustrations: What is Preseparated Art?