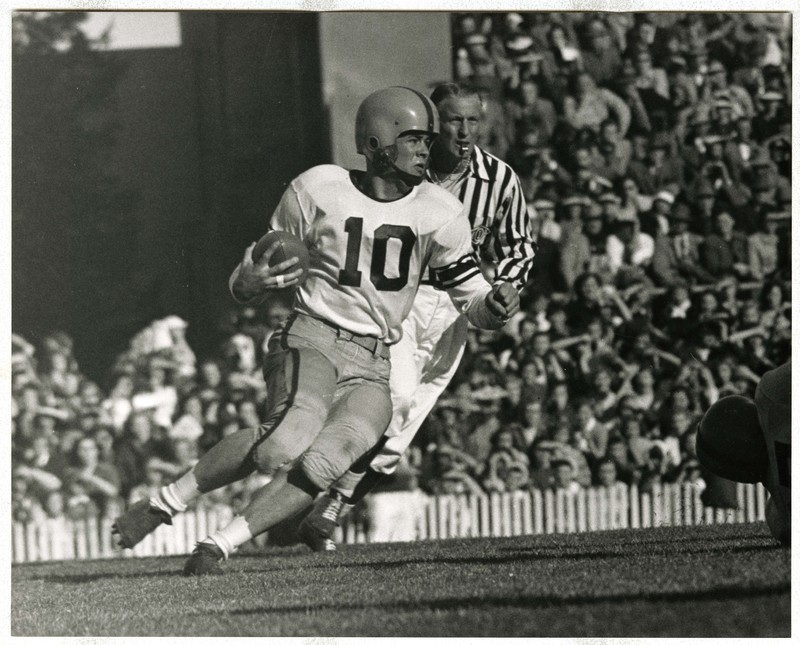 “The Illinois game of 1924 will long be remembered as one of the most remarkable exhibitions of reversal of form ever displayed. The day was designated for the Stadium dedication, and, truly, as one Twin City newspaper remarked, no stadium ever had such a dedication. Illinois, with the brilliant ‘Red’ Grange running wild, had wreaked havoc among their opponents, and the Minnesota eleven was conceded no chance to win, but the team played as if inspired and won a decided victory, 20 to 7.”    -- From History of Minnesota Football, published by the General Alumni Association, 1928, page 178.

From that stellar dedication day performance until the final game was played November 21, 1981, Memorial Stadium was home to numerous championships, legendary players and coaches, and celebrated trophies.

← The End
Games →
The Gridiron