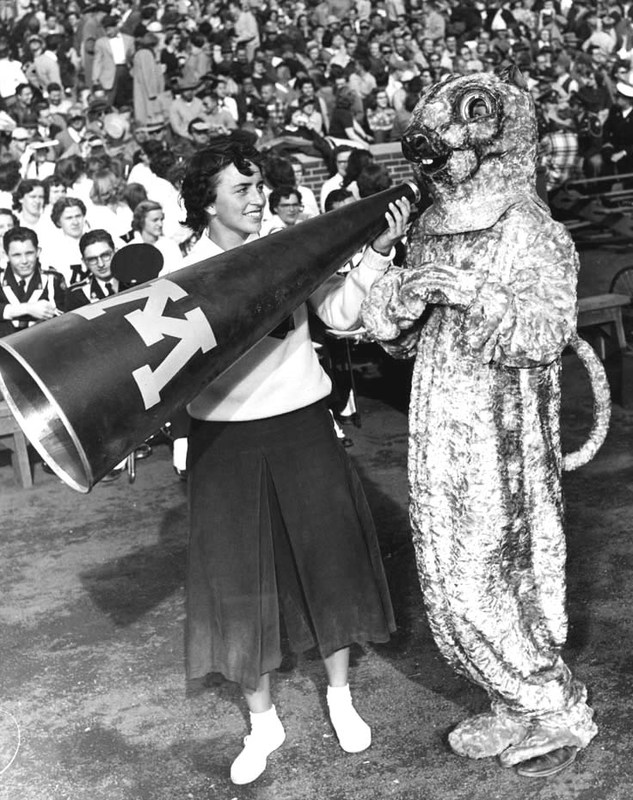 Long before Memorial Stadium took shape, the game-day pageantry that would blossom on its field began taking root. With its humble beginnings at Minnesota as John E. Campbell and other “yell leaders” in 1898 brought fans to their feet to cheer the Gophers in victory over Northwestern, cheerleading took on broad participation in Memorial Stadium with Rooter Club members doing precision card formations as Rooter Kings and cheerleaders helped Gopher fans inspire their teams. Homecoming started on campus in 1914, but the Gopher Yearbook proclaimed the homecoming of 1924 as beginning “a new era in Minnesota’s traditions” where “(n)ever before did so many alumni of Minnesota return to her campus.” The Minnesota Marching Band – the Pride of Minnesota - brought spectacle and song to game days with literally moving renditions of Floyd of Rosedale and the Little Brown Jug and greetings to Golden Gopher luminaries such as Coach Bernie Bierman.

← vs Out of Conference
Homecoming →
The Pageantry