Despite the success of controlled cross circulation, it remained a complicated method due to the reliance on a donor with a matching blood type.   On the occasion that a child considered for surgery did not have a blood type that matched his or her parent, relatives, family friends, and in at least one case, a complete stranger, with matching blood types volunteered to serve as donors.  To prepare for the possibility of performing surgery on a young patient without a suitable donor, Dr. C. Walton Lillehei contacted officials at the state Department of Public Welfare about the potential of using volunteer prisoners from the state penitentiaries.  Though state officials were receptive of the idea, there is no indication that a prisoner was ever used as a donor.

In between regularly scheduled operations, Lillehei continued to work with other members of the surgical staff to devise alternative methods for open heart surgery that didn’t require the use of a donor.  Researchers devised two additional methods of circulation bypass that were used clinically at the University of Minnesota Medical Center in 1955: continuous arterial perfusion and biological oxygenation. 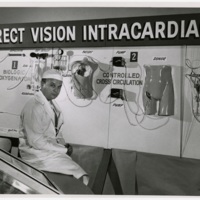 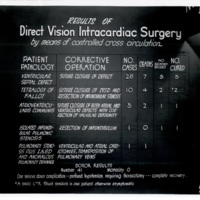 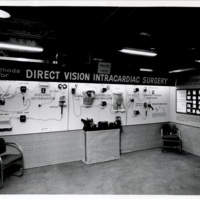 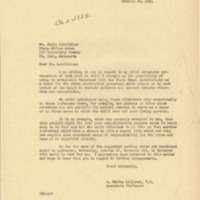 Correspondence, C. Walton Lillehei to Jarle Leirfallom regarding the potential use of prisoners from state penitentiaries as donors 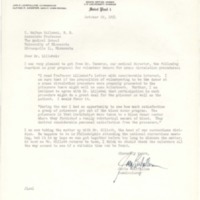 Correspondence, Jarle Leirfallom to C. Walton Lillehei in response to the idea of allowing prisoners volunteer as donors 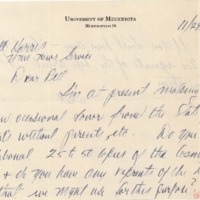 Correspondence, C. Walton Lillehei to William T. Harris regarding articles about cross circulation to send to potential volunteer donors from the state penitentiaries 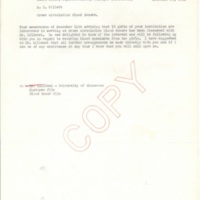 Memo to Clara Thune and A. C. Gillett of the Shakopee Reformatory regarding prisoner volunteers as donors 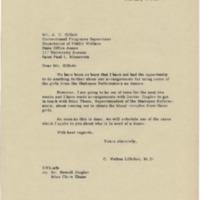 Correspondence, C. Walton Lillehei to A.C. Gillet regarding arrangements to use prisoner volunteers from the Shakopee Reformatory as donors