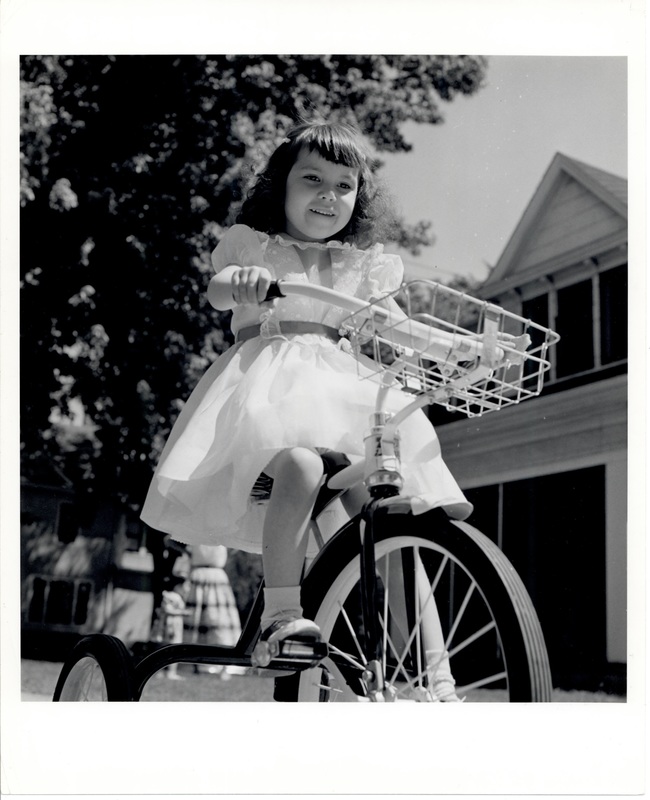 Following the public announcement of the method of controlled cross circulation for open heart surgery on April 30, 1954, Cosmopolitan magazine wrote a feature article that featured Pamela Schmidt, the cured patient introduced at the press conference. The article, titled, "A New Heart For Pamela," appeared in the September 1954 edition of the magazine.

This photograph was produced by the University News Service at the request of an art director at the magazine.