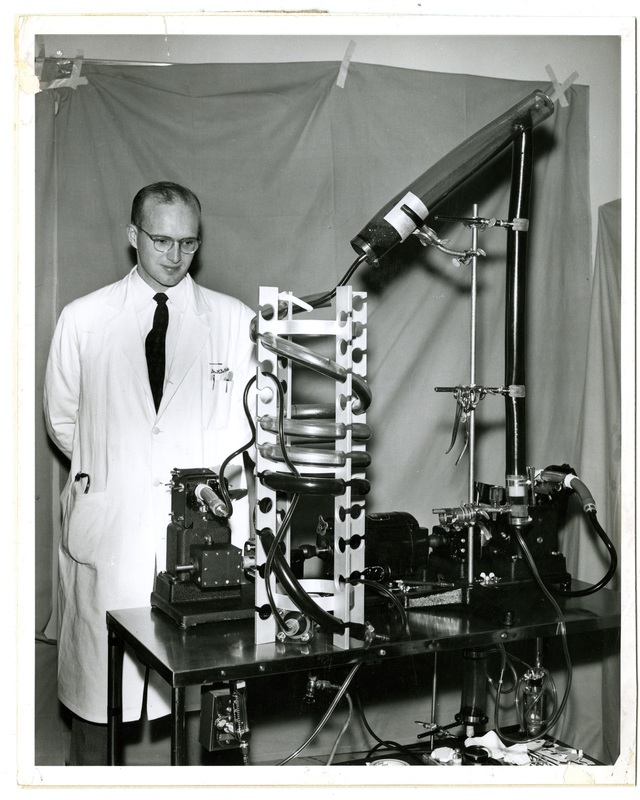 Dr. Richard A. DeWall, University of Minnesota surgery instructor, stands with the heart-lung machine called a "bubble oxygenator" which he developed. Used during heart surgery, the inexpensive and simple arrangement of cylinders and tubing re-routs the patient's blood mixing it with oxygen. At Minnesota, the DeWall oxygenator has completely replaced the cross-circulation method which involved connecting the blood stream of the patient to a human donor whose heart and lungs functioned for both during surgery.

Dr. DeWall, 33, was named one of America's Ten Outstanding Young Men of 1957 by the United States Junior Chamber of Commerce. He was co-winner of the Hektoen Gold Medal for scientific exhibit at the 1957 American Medical association convention, and, with Dr. C. Walton Lillehei, he received the Ida B. Gould Award for cardiovascular problems in 1956.