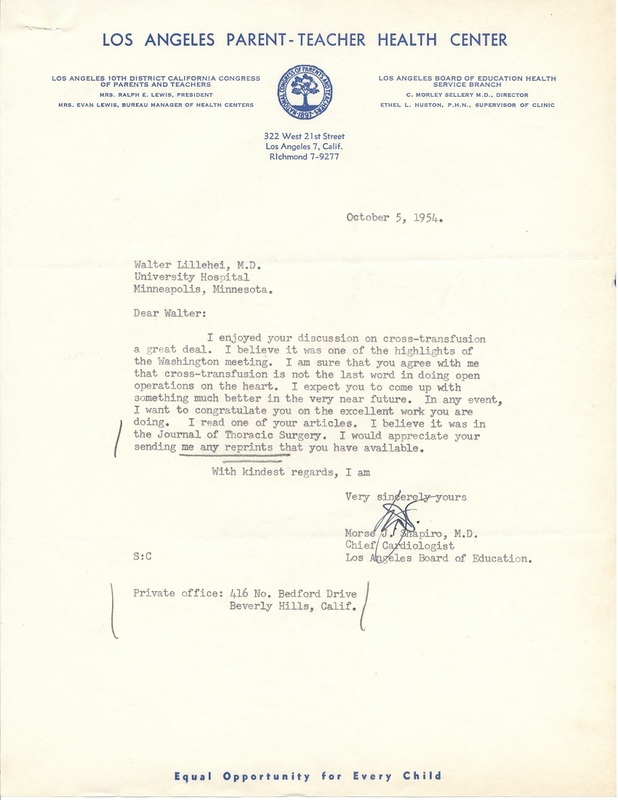 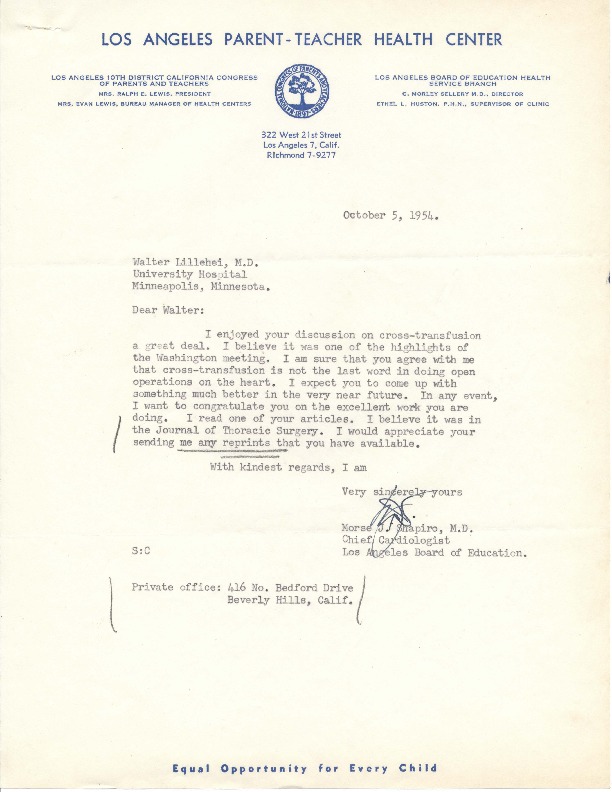 <p>Morse J Shapiro (1893-1968) received a bachelor of science (1915) and a doctor of medicine (1917) from the University of Minnesota. Following his service in the army from 1917-1919, Shapiro became a public school physician in Minneapolis.</p>
<p>In 1922, the Minneapolis Commissioner of Health established a department at the Lymanhurst School for Tuberculosis for children with rheumatic fever - an inflammatory disease that causes damage to the heart.&nbsp
Shapiro was appointed director.</p>
<p>From 1930-1951 Shapiro was a member of the University of Minnesota Medical School faculty, serving as an Assistant (1930), Instructor (1931-1934), Assistant Professor (1934-1941), and Associate Professor (1941-1951) in Medicine and Pediatrics.</p>
<p>Shapiro, along with Dr. Jay Arthur Myers, were instrumental in securing the philanthropic support of the Variety Club, an organization of members of the entertainment industry, to provide funding for the construction of the Variety Club Heart Hospital, a facility dedicated to the treatment of heart disease.</p>
<p>Shapiro left the University of Minnesota in 1951 to become the chief of pediatric cardiology at Cedars of Lebanon Hospital in California.</p>